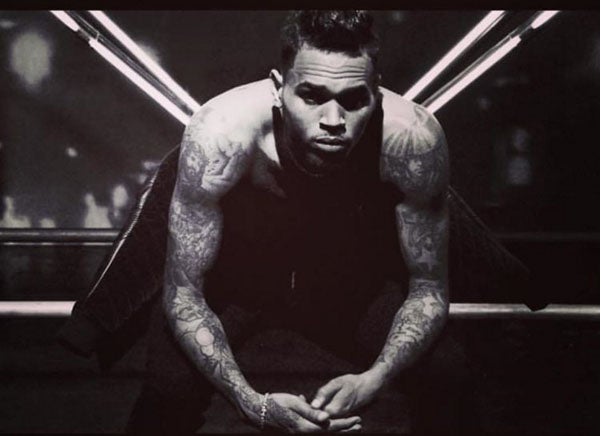 Chris Brown tangled with the law again on Tuesday, August 30, 2016, after a woman claimed that he pointed a gun at her. CHRIS BROWN INSTAGRAM PHOTO

LOS ANGELES, United States — Troubled singer Chris Brown on Tuesday took to Instagram to upbraid police outside his door in an hours-long standoff after a woman alleged he pointed a gun at her.

Los Angeles police by early afternoon said that they had obtained a search warrant and had entered the singer’s palatial home.

People who left the home were being searched by police but no one was immediately arrested, spokesman Lieutenant Chris Ramirez said.

It was not clear if officers had spoken with Brown, who before the issuance of the search warrant had dared the police to enter in a series of videos he posted on Instagram.

He voiced support for the Black Lives Matter movement against police brutality, saying: “You’re all the worst gang in the world, the police.”

Police said that its homicide and robbery division, which deals with celebrity cases, headed to Brown’s home after a woman called for help at 3:11 am (1011 GMT).

Baylee Curran, who was crowned Miss California Regional in a beauty pageant this year, identified herself as the caller as she also took to Instagram.

“Do you all honestly think I wanted this and I caused this?” asked Curran, who appeared to be in a moving car.

“If somebody put a gun to your head, what would you do? Call the police,” she said.

She also spoke to the gossip site TMZ, saying she and a friend went into a hot tub at Brown’s house and that the singer became angry when she admired the jewelry of a member of his entourage.

The R&amp;B singer, who topped the US singles chart with “Run It!” and “Kiss Kiss,” has had years of run-ins with the law.

Most notoriously, he was convicted of beating then girlfriend Rihanna before the 2009 Grammy Awards, forcing the pop singer to miss the music industry’s annual gala.

In 2014, he pleaded guilty to assaulting a man outside a Washington hotel and earlier this year was accused of battery by a woman in Las Vegas.

He was accused last year of fraud in the Philippines for failing to perform a concert, also leading the singer to voice anger on Instagram while he waited to leave the country.