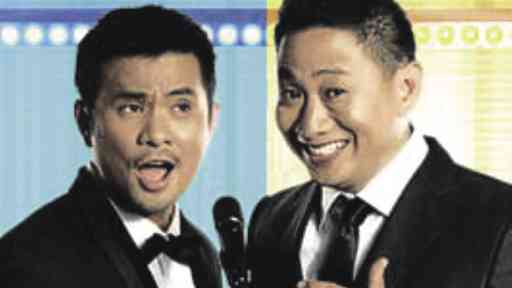 Pete Labra, televiewer: “The comic tandem of Michael V and Ogie Alcasid on ‘Bubble Gang’ is sorely missed. Their comic antics were very effective and comparable to the comedic duo of Dolphy and Panchito.

“Both tandems clicked with audiences because they were fine performers who were able to incorporate their musicality into their acts. I can’t wait for Michael V and Ogie to reunite someday!”

Marla Asis: “I went to watch ‘Tuos’ because I’m a Noranian. True enough, Ate Guy delivered. But, more than that, the visuals were quietly beautiful, and the chants were haunting.

“The film used Kinaray-a, which is a great way to introduce the audience to the diversity of Filipino languages. The cast was brilliant—the most pleasant surprise was Barbie Forteza, who held her own beside Nora.”

Cynthia Lingcong, office employee: “Ronwaldo Martin, Coco Martin’s younger brother, also rises! In ‘Pamilya Ordinaryo,’ it seems that the role was written with him in mind. He is believable in his role as a ‘batang kalye.’”

“They were so effective in their roles that I thought any one of them deserved an acting award. Well, I asked for only one, but got four, instead!” E-mail  [email protected]

Read Next
‘Psychic’ productions hit the bull’s-eye–and jackpot
EDITORS' PICK
What to watch out for when selecting a video surveillance solution
House energy committee chair Arroyo bats for cheap electricity
DOH says COVID-19 cases plateauing, but public shouldn’t be ‘complacent’
23,000 cops to be deployed nationwide for school reopening
Look Through: The fate of impounded stray dogs
Unleash the photographer in you this World Photography Day with vivo smartphones
MOST READ
Sharon Cuneta asks for prayers for friend in ICU who suffered silent stroke
Korina Sanchez reunites with former ABS-CBN co-anchors Julius Babao, Cheryl Cosim
Light therapy could be the answer to your sleep problems
Solons file resolutions seeking probe on ABS-CBN, TV5 merger
Don't miss out on the latest news and information.