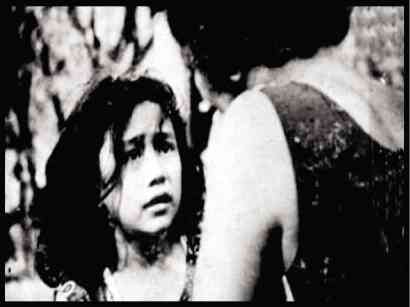 SHOW biz hopefuls languish as extras or starlets for months and even years, hoping and praying on three bended knees to finally get that all-important, career-changing and star-making “big break.”

The effective “breakthrough” vehicle isn’t just a major role; it has to be a special showcase for the aspiring star’s looks, talent and charisma that’s empathetically persuasive enough for fans to “fall in love” with a fresh, young charmer—and comer.

Instructive examples for today’s hopefuls and their “momagers” and handlers to emulate: For child star Tessie Agana, “Roberta” did the trick because it subjected her to heartrending emotional and physical abuse, courtesy of the “evil” likes of a then still young Bella Flores.

For Vilma Santos, it was a similarly “victimized” character that made her a child star in “Trudis Liit”—and, look where she is now, many successfully stellar decades after the fact!

In Boots Anson-Roa’s case, the stellar challenge was made more difficult by the fact that, when she finally decided to go into acting, she was already married.

In those days, marriage was anathema to movie fans, who insisted that newcomers at least pretend to be single, so they could feel free to fantasize that they could end up marrying the gorgeous newcomer!

Despite this stringent fantasy “rule,” Boots was so lovely, talented and charismatic that movie fans decided to make an exception in her case, so she starred in “El Perro Gancho” opposite Eddie Gutierrez, using her married name—and look where she still is now!

For Piolo Pascual, the big break came by way of the moody dramatic film, “Lagarista,” in which he portrayed a sensitive young lover who worked as a “reel bicyclist” in the movie trade.

His looks and sensitivity made female viewers want to “mother” and love him at the same time, and the stellar deal was successfully sealed for him!

Sometimes, stellar introductions don’t need to take an entire film to do the “big break” trick.

In Amalia Fuentes’ instance, all it took was one shot in a Sampaguita Picture film that topbilled other, more established luminaries.

How did it work out in Amalia’s favor? She just won the studio’s search for new talents, “Mr. and Miss No. 1,” so she and her male counterpart (Juancho Gutierrez, who would later marry Gloria Romero) were introduced to the movie-going public in the film, by way of solo shots.

Amalia was so breathtakingly beautiful and effervescent in her introductory screen “moment” that viewers were instantly entranced and captivated, so a number of them became her “diehard” fans—for keeps.

It wasn’t just because the dazzling teen find was so exceptionally “cinematogenic.” Aside from her looks, she had a bright, spunky and vital personality that sustained viewers’ “state of captivity” after the initial attraction of her beauty ebbed.

True enough, when Amalia did get to do full-length stellar roles, her vivacity, vital character and temperament shone through, and made her the star she still is to this day, despite the fact that she hasn’t made a movie for many years.