Ylona Garcia marches to the beat of her own drum 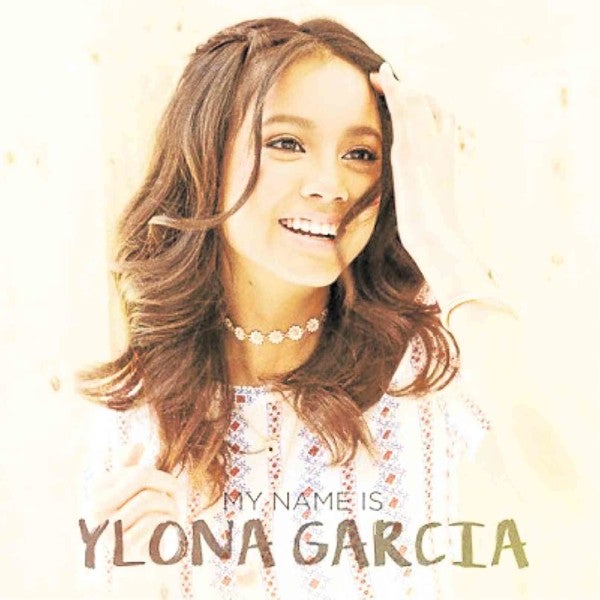 GARCIA. Progression in vocal control and clarity in debut album

Ylona Garcia has the type of voice and performing savvy that could take her to the top of the music biz.

True, we sometimes see that bright promise dissipate when she gets carried away and lets her vocal curlicues run askew.

But, there’s something about experience and exposure (particularly in teamwork-building shows like “We Love OPM,” which Ylona was a part of) that teaches a singer how to focus, smoothens performing wrinkles and compels her to evaluate her strengths and weaknesses as a soloist, or as part of a group.

The tune’s appealing melodic ebbs and flows don’t just put Ylona’s malleable pipes to good use, they also frame its singer-appropriate lyrical content that seems to caution the young comer about the perils of teenage romance: “Wait a minute/ Is it love that we really feel?/ Don’t you fall until we know for sure.”

But, she’s more “empowered” in Marion Aunor’s catchy “Not Yo Bae,” where she refuses to be an arrogant paramour’s “sweet mistake.” And, in Jamie Rivera’s “Stop the Bully,” she urges young people to stand up against “people we don’t even see.”

It’s wise for Ylona to temporarily do away with her Bailey May connection, even if the inclusion of BaiLona’s radio-friendly cover of “Magmahal Muli” or the perky Himig Handog entry, “O Pag-ibig,” would have boosted her album’s sales and visibility on radio and music channels’ playlists.

After all, at some point in her career, Ylona needs to establish an independent path all her own.

Her self-penned songs (“Don’t Say Goodbye,” “Each Day,” “Win the Fight” and “My Name Is Ylona Garcia”) make up at least half the album’s nine-track repertoire and demonstrate that she’s no slouch at songwriting, either.

It also doesn’t hurt that the songs are arranged by the seasoned likes of Kiko Salazar, Karel Honasan, RV Amaranto and Paulo Zarate, who capture Ylona’s edgy ebullience and youthful vibe.

By choosing to march to the beat of her own drum, the teenage songstress manages to show what she’s capable of doing, away from the financially lucrative but artistically limiting confines of a manufactured “love team.”