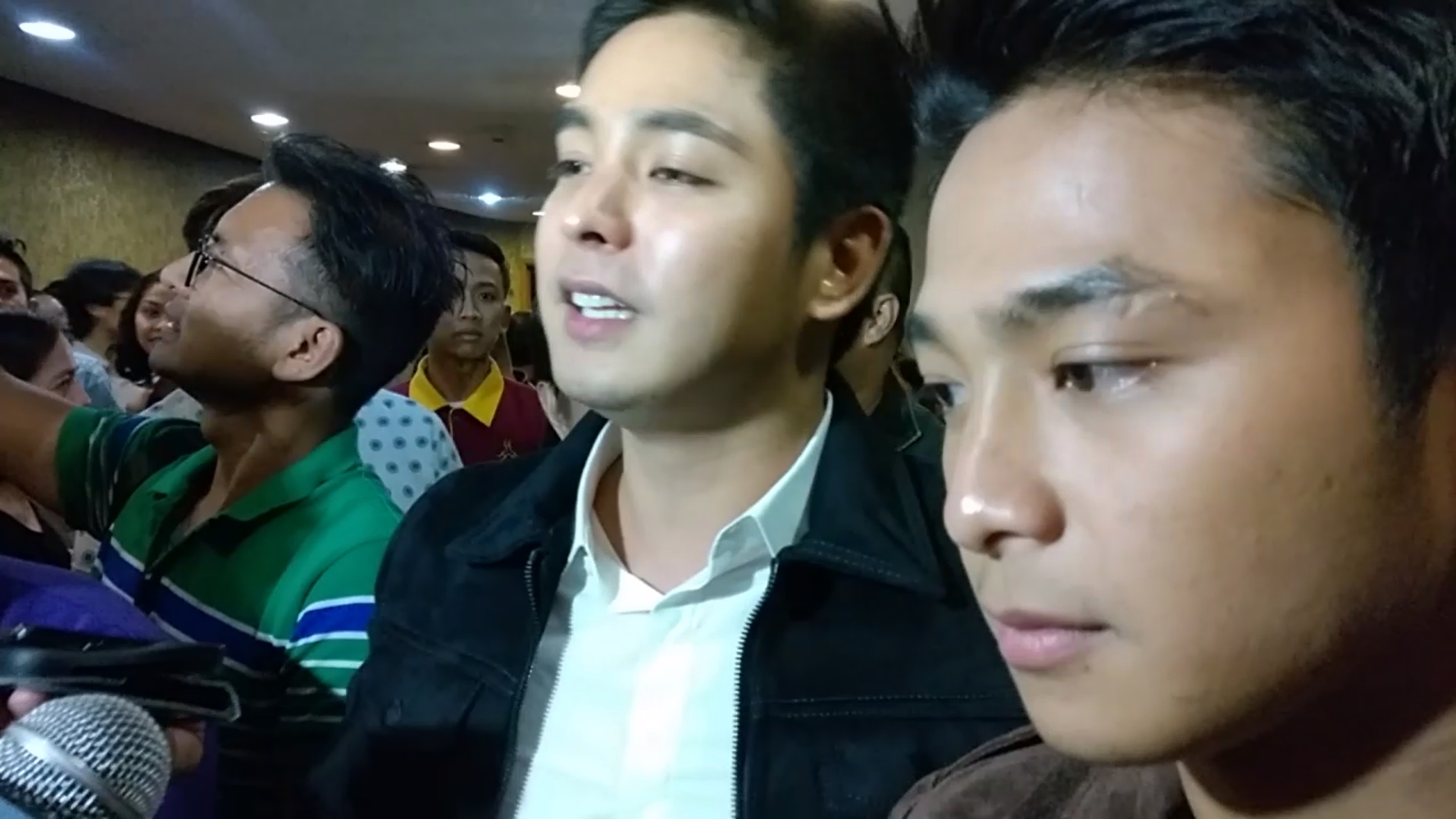 Coco Martin showed support for his brother Ronwaldo during the gala night of the Cinemalaya entry “Pamilya Ordinaryo.” ARVIN MENDOZA/INQUIRER.net

Coco Martin had no words to describe how proud he is of his brother Ronwaldo who pulled off a daring performance in his Cinemalaya entry this year.

Ronwaldo, a newbie in the indie scene, leads the cast of “Pamiya Ordinaryo” which was directed by Eduardo Roy Jr.

“I am very proud. I’m seeing myself in him when I was starting in the industry. I even tell myself he’s better than me,” Coco told the press after gracing the film’s gala night to show support for his brother last Saturday.

The film was Ronwaldo’s first for the annual independent film festival, the same artistic playground his brother Coco also treaded before going mainstream.

Ronwaldo received warm praises from audience and critics alike for his graceful portrayal of his character, a feat that apparently surprised Coco.

Coco said he misses doing indie movies and also looks forward to working with Ronwaldo in the future. “I have many film concepts that may fit us two. But I want him to be ripe (as an actor) because he will learn so much from this industry.”

“Ang Pamilya Ordinaryo” tells the story of teenage parents, Aries and Jane (played by Ronwaldo and Hasmine Killip), who live in the streets and steal for survival.

Coco noted he didn’t feel awkward watching his brother doing sex scenes in the film. He even commended the whole production for a job well done. “I thought I wasn’t watching a movie. Everything I saw is the real.”

Ronwaldo Martin: Stepping out of his brother’s shadow