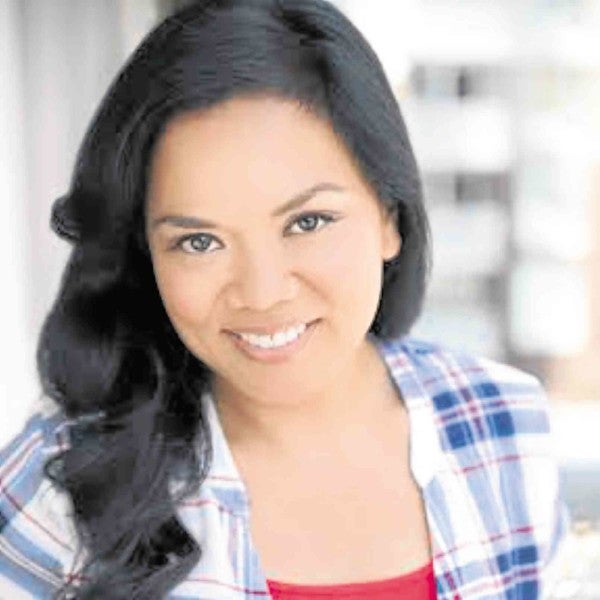 (This is the third of a series on the struggles and triumphs of Filipino-American actors in Hollywood.)

LOS ANGELES—“You could be rejected for any number of reasons: too tall, too short, too fat, too thin, too old, too young, too ethnic, not ethnic enough,” reflected Melody Butiu about her actor’s life, especially at auditions.

“Rejection is a huge part of the business, so eventually, you have to learn to get Zen and let it go,” added Melody, who was born in New York, raised in Washington and now lives in LA, where many actors reside and deal with “no” almost every day.

Melody has appeared on TV shows, from “Rizzoli & Isles” and “True Blood” to “Major Crimes” and “NCIS.”

At one point, Melody was jobless, got in a big car accident and a roommate wanted her out. When loved ones suggested that she move out of LA—and maybe take a receptionist job in a dentist’s office—that only got her all fired up about her acting passion.

Melody persisted. “It’s important to fight for more opportunities for people of color onscreen and behind the camera,” she declared.

As a working actor, my journey has been like a roller-coaster ride. I’ve worked pretty consistently onstage and on camera, and have even held down my fair share of survival (I recently heard someone call it “thrive-al”) jobs.

I may not be a household name, but I love telling stories, unpacking complex characters, exploring who I am as an artist, and bringing my ideas and experiences to the creative process.

I try to learn as much as I can about the project and the people involved, to get a sense of style or tone. If it’s a TV show, I research by watching clips.

If I can get my hands on the script, I’ll read it. I work on my own, then I read it out loud with my partner, Alan (Combies), or a fellow actor, up on my feet, trying different choices, and getting as familiar with the material as I can.

At the audition, I focus on being present, having fun, and telling the story.

I have it saved on my phone, and I listen to it before I head into the waiting room, to get centered and remind myself to be in the moment.

Trying to trust that there is a place for you. I’m sure this says something about my own insecurity, but seeing myself as “normal,” in a sea of impossibly high beauty standards, can be quite intimidating. I have to know that my path is going to be different from other actors, Asian-American or otherwise—and that’s OK.

Being jealous or insecure when I look at someone else’s career may be human, but sitting in that dark place doesn’t serve me—and it certainly doesn’t feel good.

Sometimes, well—and sometimes, I dwell. Rejection is a huge part of the business, so you have to learn to get Zen and let it go. You could be rejected for any number of reasons: too tall, too short, too fat, too thin, too old, too young, too ethnic, not ethnic enough.

The best thing for your emotional well-being is to release it like a beautiful balloon, but sometimes, it isn’t easy.

I was recently called in for a musical audition, to be part of the ensemble. As I prepared, I thought, I can make this [role] my own. When I went in, I could feel I shook that room. I saw people behind the table lean forward, some of them wiping tears from their eyes. I put it out there fully, and it felt fantastic!

Yet ultimately, I didn’t get the part. Did it sting? Yes, a lot.

But I know I challenged them. Maybe telling this story means I’m dwelling, but it makes me more determined to keep at it, and to envision myself as a lead more often. 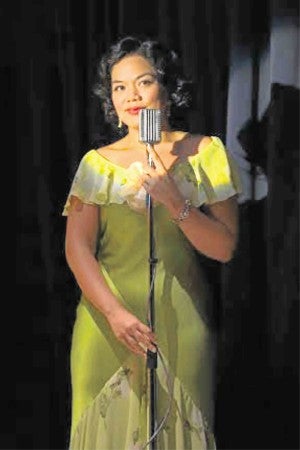 When I was just starting out in LA, my first manager had a difficult time getting me auditions. I had a roommate who I couldn’t seem to click with, and who wanted me to move out within a month. I was out of work. Then, I got in a big car accident that crumpled the driver’s side of my car.

My boyfriend at the time suggested I move back to San Diego and find…work there. My father suggested that I move to Seattle, and get a receptionist job at a dentist’s office until I could get back on my feet again.

Those suggestions to quit got me so fired up, that I stayed.

And I booked the lead role in a play at East West Players, LA’s premier Asian-American theater. I started to build a life for myself.

Opportunities are improving. I’m incredibly inspired by people like Constance Wu, Mindy Kaling, Aziz Ansari, Randall Park, Rachel Bloom and everyone at [Shonda Rhimes’] Shondaland. The fact that their shows make such an impact highlights how badly they’re needed, and how many more opportunities there could be.

Thank goodness for platforms like Hulu and Netflix, that also give an outlet to artists of color. However, a vast majority of stories told are still from the straight, white male perspective. The reason it’s striking to see a cast with a majority of people of color is because it’s rare.

What’s your stand on whitewashing—or the casting white actors in nonwhite roles?

It’s incredibly frustrating, because it keeps happening over and over again. The excuses that studios make of needing an actor with star power, with a recognizable name, make little sense to me.

Movies that take chances on new faces and unknowns can thrive. Movies with big names can flop. People of color should be allowed to fly and fall, just as white actors are able to [do that] all the time.

Anything, everything and nothing. There’s no singular trajectory in this business, and it is not just an upward climb. Within two years, I’ve done numerous readings for little to no pay.

Now, I’m traveling to Boston in a few weeks to work on another musical. I’ve been up, down, and everywhere in between. I’ve gone through long stretches with very little acting work.

I do it because each chance I get to audition or perform, to act or sing, allows me to examine my own experiences, to discover new things about myself and others, to connect and to illuminate, to be blown away by others—and to feel deeply.