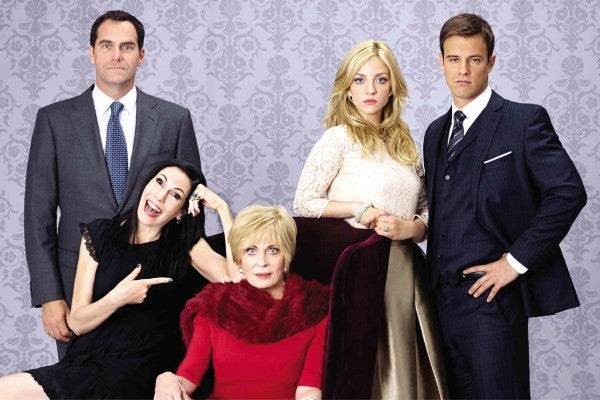 On the new “family drama” series, “Odd Mom Out,” on 2nd Avenue, which we’ve watched from time to time, the “unique viewing proposition” is its focus on a well-to-do urban couple in New York City, and their generally humorous problems and conflicts involving their children, neighbors, household help, etc.

Unlike other family shows that focus on financial difficulties that force characters to work harder and “creatively” solve their problems, the characters in “Odd Mom Out” are prosperous enough to not have to worry about making ends meet, so their challenges are more psychological—and keeping up with the (even more prosperous) Joneses next door.

This is a fresh take for sitcoms, so the show tackles relatively new and thus less predictable topics.

Viewers may not be as well-to-do as the people whose TV lives they’re viewing, but the freshness of the storytelling is an appealing and involving come-on.

Specifically, as hinted at by the show’s title, the program’s focus is on the mom in the family’s equation.

Despite their relative prosperity, she still has her hands full taking great, loving and creative care of her husband and children.

She has a cleaning person who helps her, but she feels that, as a stay-home homemaker, she should be available to everybody, 24/7!

Expectedly, this selfless stance soon hassles and frazzles her “to death,” and she ends up envying her less “devoted” neighbors who have much more free time for long lunches, joining all sorts of clubs—and loads of “retail therapy!”

In a recent episode we watched, the show’s resident “smothered mother” felt so weary and taken for granted that she finally decided to be less selfless—and hire a full-time, all-around nanny.

The particular appeal of the show’s latest telecast to us was the fact that the new nanny was—a Filipina!

Even better, the entire episode was written around her, so the middle-aged actress who played her was in her thespic element as she made a big impression with her funny and dynamic portrayal!

Her character was such a competent and seemingly inexhaustible nanny that she took over her new employers’ home—completely. And everybody loved her!

At first, the series’ resident matriarch was giddily happy to finally leave her home and loved ones in the competent care of such an amazing domestic “jewel.”

Now she could finally do all the other things she wanted, without feeling guilty.

Unfortunately, the euphoria didn’t last. After a while, when she finally got home for a full day of exciting fun and frolic, she realized that her kids and hubby didn’t even miss her, because her nanny has effectively taken over, not only in the house, but in their hearts!

Well, that would never do. So she got rid of her excessively competent interloper, and reclaimed her exhausting “queendom”—a lot wiser after her “comedically cautionary” experience!