‘Avengers: Infinity War’ will not be split into 2 parts 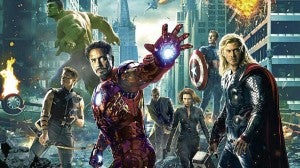 Say good bye to Infinity War Parts I and II.

The studio behind the internationally acclaimed superhero franchise Marvel announced over the weekend that the highly anticipated film would no longer be presented in two parts, as was previously announced.

In a report from The Verge, Directors Joe and Anthony Russo confirmed the change and revealed that the first film will keep the title “Avengers: Infinity War,” while the second part will soon be renamed.

The pair also previously explained in May that the films are “two very different movies” and that a shared subtitle would be “misleading.”

The films’ release dates, however, will remain the same and are still slated for 2018 and 2019, respectively.

The Russo brothers are no strangers to condensing wildly complicated comic-book plots, as the two previously collaborated with Marvel Studios on “Captain America: The Winter Soldier” and “Captain America: Civil War,” which became box-office hits.

The storyline of “Infinity War”  has been teased in several of the Marvel Cinematic Universe’s short mid-credits scene, in which the character of Thanos, Marvel’s ultimate villain, was revealed to have been behind Loki’s actions all along.

The Infinity Gauntlet, which plays a crucial role in the film’s plot, had also made a brief cameo as one of the items kept in Asgard’s armory in “Thor.”  Khristian Ibarrola