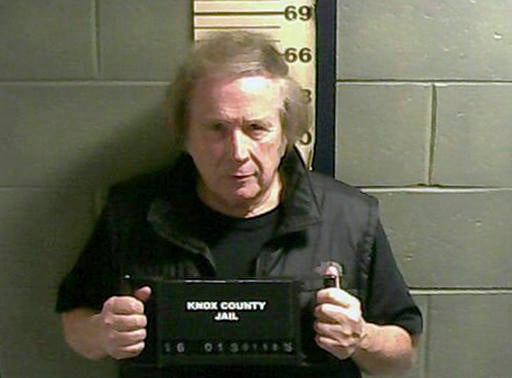 The singer-songwriter pleaded guilty in court Thursday to the charge and related counts. His lawyer says the punishment will be a $3,000 fine if he stays out of trouble for a year.

McLean, of Camden, Maine, was arrested in January and initially pleaded not guilty.

A lawyer for Patrisha McLean said in March that his client was filing for divorce and that the legal papers cited “adultery, cruel and abusive treatment, and irreconcilable differences.” The two had been married 30 years.

Don McLean’s divorce lawyer denied those characterizations on McLean’s behalf at the time.