Nick Vujicic and other ‘living miracles’ 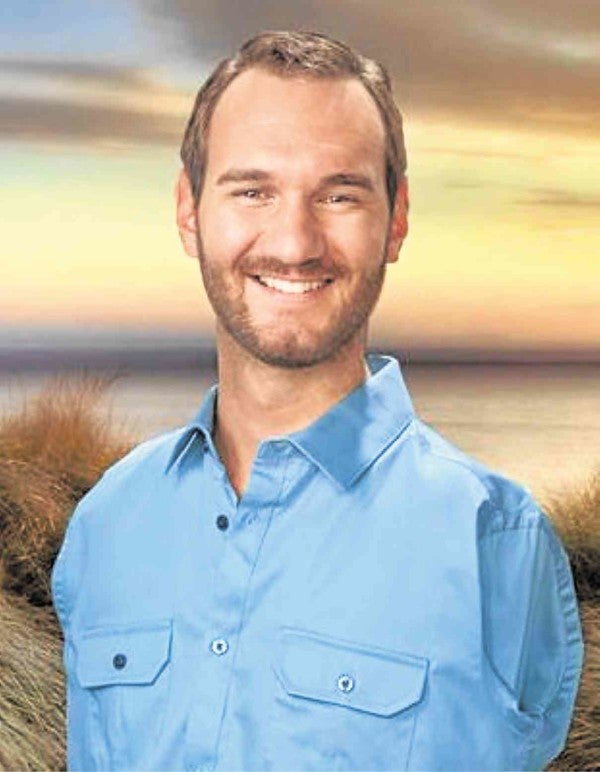 ON JULY 29, Nick Vujicic is coming to Manila to share his amazing life story at the Smart Araneta Coliseum. He was born in 1982 with a rare disorder called phocomelia, which is characterized by the absence of arms and legs.

That tragic reality must have stunned his parents, but they eventually accepted their son’s fate—and, with the help of their strong faith, focused on making Nick want to succeed despite his disability.

Nick was bullied in school, but he persevered, learned to do a lot with so little—like operating an electric wheelchair, computer and cell phone. And, despite and against all odds, he graduated from college with a double major in financial planning and accountancy.

People in need of “inspiration in desperation” should try to catch Vujicic’s “sharing” in Manila on July 29. He’s flown all over the world as a motivational speaker—and knows whereof he speaks!

Nick is the latest “living miracle” to reach out to us with his unique tale of the triumph of will power and faith over extreme adversity—the kind that would make many people just give up the fight.

Even people with far less serious and limiting problems to contend with can learn a lot from their example.

Before Nick, we were also inspired by the TV shows of the famous and peerless Stephen Hawking, who is similarly immobile and “useless,” but has contributed so much as a visionary astrophysicist!

In addition, armless Fil-Am pilot Jessica Cox has moved many with her own story of determination and refusal to “accept” her physical “limitations.”

Others cited for “ability beyond disability” include Hirotada Ototake, also without limbs due to the similarly rare Tetra-Amelia Syndrome, but now a sports writer and best-selling author, and Jennifer Bricker, an acrobat born without legs.

For her part, Joanne O’Riordan’s Tetra-Amelia Syndrome disorder hasn’t prevented her from becoming an advocate for the rights of all disabled people, appearing on many TV shows—and even being invited to speak before the United Nations.