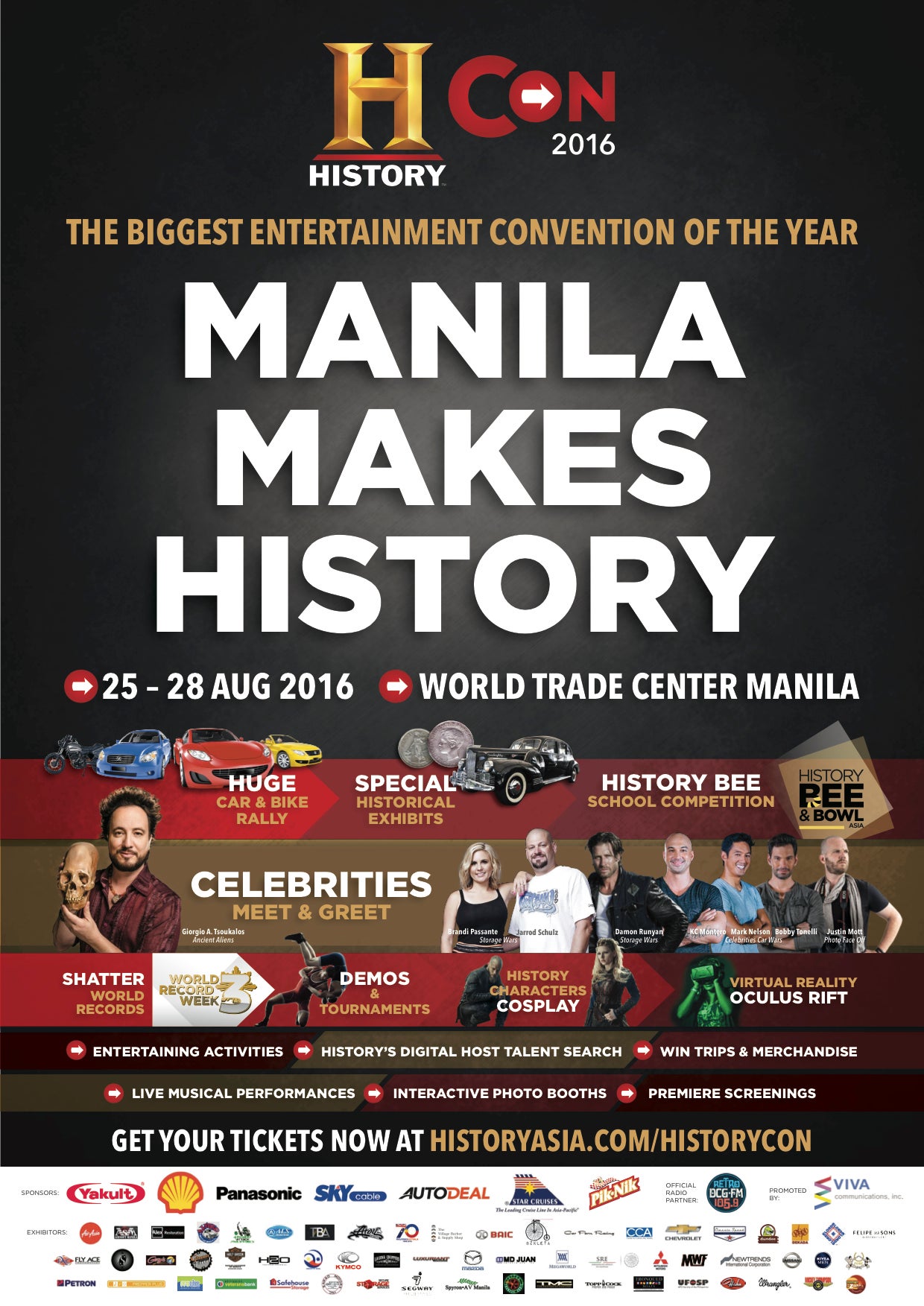 Now is your chance to see history come alive.

A+E Networks Asia has announced the opening of History Con 2016, the “biggest entertainment convention of its kind,” in Manila on Aug. 25.

“We are thrilled to make history with the conception of History Con, the biggest entertainment convention of its kind, in Manila,” said Prem Kamath, deputy managing director, A+E Networks Asia.

“We’re creating an experience beyond the television screen to engage our visitors at a deeper level that allows them to feel, live and see History come alive in an entertaining way,” Kamath added.

Fans will have the opportunity to meet and mingle with Giorgio Tsoukalos of “Ancient Aliens,” Brandi and Jarrod of “Storage Wars,” Damon Runyan of “Gangland Undercover,” Justin Mott of “Photo Face-Off,” and the cast of “Celebrity Car Wars,” which includes Filipino celebrities such as KC Montero, Joey Mead King and Marc Nelson, and professional car driver Gaby de la Merced.

History Con will also showcase a collection of automobiles, from cars, motorcycles and boats, to restored classics and customized rides.

A section will also be dedicated to historical characters, a Philippine presidential limousines display, and a World War II exhibit for history buffs.

Eventgoers are also invited to make history by participating in three world record-breaking attempts. One of the Guinness World Records that History aims to break at the convention is the record for the longest TV-watching marathon, which is currently set at 94 hours.

History Con will run from Aug. 25 to 28 at World Trade Center in Pasay City.