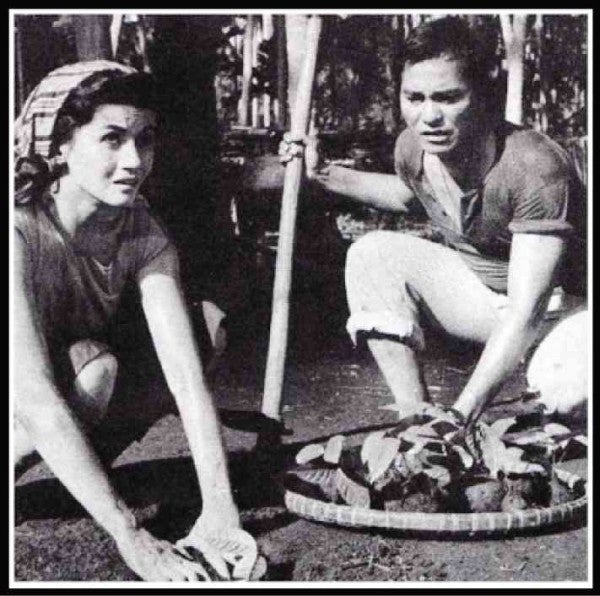 “Biyaya ng Lupa,” about a couple starting a life together by creating a lanzones orchard in the countryside, is a fitting opening film of the first ToFarm Film Festival on July 13, according to festival director Maryo J. de los Reyes.

The theme of the Manuel Silos cinematic gem fits perfectly with the festival’s goal, which is to celebrate and highlight the many aspirations and ambitions, obstacles and opportunities, tribulations and triumphs of Filipino farmers, De los Reyes said.

Rosa Rosal, who played the lead role in the 1959 Filipino drama, is expected to attend the event that will be held at SM Megamall in Mandaluyong City.

Costar Marita Zobel will also grace the gala night together with heirs and next of kin of the other cast members. Representatives from Balik Samahan, a group of movie actors from the 1940s, ’50s and ’60s, have also expressed interest in joining the affair.

“We borrowed the film from LVN Pictures and made a DCP (digital cinema package) copy for the theatrical screening,” De los Reyes told the Inquirer. The film, based on a story written by Celso Al. Carunungan, who cowrote the screenplay with Pablo Naval, also features Tony Santos Sr., Leroy Salvador, Carlos Padilla Jr. and Danilo Jurado. It was an entry in the 10th Berlin International Film Festival and was a Golden Bear best picture nominee.

The performance of London-based singer Christine Allado will be the highlight of the festival’s closing ceremony on July 20 at the Makati Shangri-La Manila.

“I will also serve as their moderator,” De los Reyes announced.

“It’s like giving birth to six babies,” said De los Reyes of his experience as festival director. “They are now in the post-production stage. I’ve already seen two. With the budget that was given them, I can say that they came up with products that went beyond our expectations.”

Each finalist received a cash grant of P1.5 million from ToFarm film fest producer Dr. Milagros How, who is also the EVP of Universal Harvester Inc. “It’s actually a good deal for the filmmakers because they get 50 percent of the profit from screening their movies,” De los Reyes pointed out.

“We didn’t require them to include named actors in their cast because we understand their budget constraints, but we encouraged it. What is being sold here is the topic of agriculture and farming,” he pointed out. The six entries were chosen from 69 script submissions that were earlier whittled down to 12.

“Sadly, we have a very limited number of producers willing to do films on farming. Because of this festival, I got inspired and now plan to make a film with a similar theme. This was after I saw an award-winning documentary on two couples who survived the destruction caused by Supertyphoon ‘Yolanda,’” De los Reyes said.