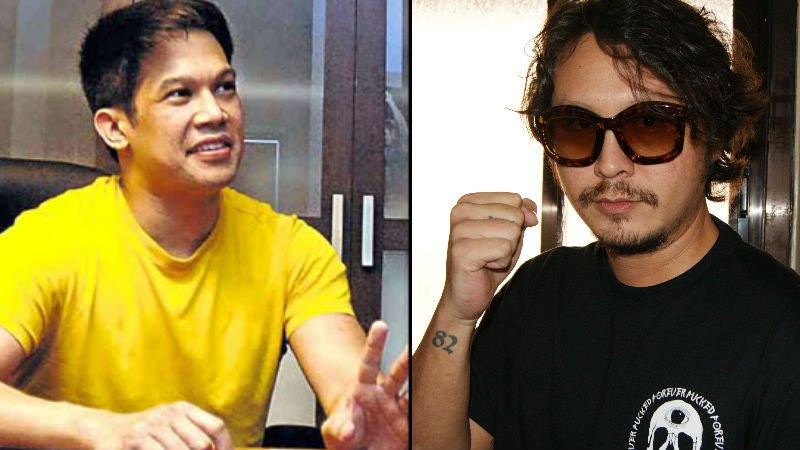 Just a few weeks after his altercation with fellow actor Kiko Matos, it seems like Baron Geisler is in for another fight.

In a Facebook post on Friday, Geisler called DJ Mo Twister “gay,” “a piece of dirt,” “stupid arrogant douche bag,” in what appeared to be a conflict over a guesting in the latter’s radio program, which he called out for supposedly violating women.

“Dear Mo fo twister. You are not a man of your word. You’re simply gay. I was about to sleep na kasi pagod ako. One week straight trabaho then I had to prepare for your stupid and useless pod cast kung saan nyo binabastos at vinaviolate ang mga babae sa industriya. You are a piece of dirt!!! Wish you well!! You stupid arrogant douche bag!!!” Geisler wrote.

Geisler was referring to Twister’s show, “Good Times With Mo: The Podcast.”

Twister took to Instagram to explain Geisler’s rants, saying that it was the actor who did not show up in his show due to an additional guesting fee that Geisler was demanding.

“We invited you to appear on the show a day before this “hell week” that you are talking about. You agreed and now you make it appear that we are forcing you (via urine sprays to the face) to get your drunk a** out of bed to come by the show where we ‘abuse and degrade’ women? Well if that’s the case, you’ll fit right in sir!” he said.

“The real story why you didn’t show up tonight on my show was because you demanded we pay you twenty more thousand. So save us the preachy bulls***. Last time, you guested on this very show and all I paid you was two beers,” Twister added.

The DJ advised Geisler, who is notorious for figuring in fights, to seek some help and lessen his alcohol intake.

READ: Baron Geisler opens up after fight with Matos

“We have been friends for a long time. I’m gonna assume you’re just drunk as f*** right now and when you wake up in morning you won’t remember posting this,” he wrote.

“Or you’re completely sober and stupid and you really want to get into a dumb social media war wherein I can shove all this right up your a** (wink), or we can book a fight night at a disco with a pool and have a bunch of socialites laugh at us as we attempt to be MMA posers. All because you’re tired from ONE WEEK of work. Wow. Ano? Tara na? (Let’s go?)” Twister added. YG/CDG