What Jake Vargas has learned from the late Kuya Germs 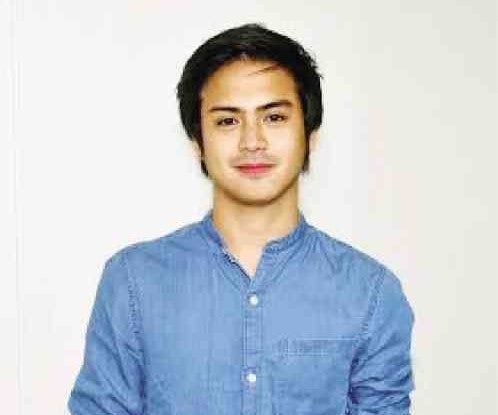 For most of his show biz career, Jake Vargas had the late star-maker German Moreno as his manager and mentor. But after the industry stalwart’s death in January this year, Jake is now left “to stand on his own.”

It’s not easy, he admitted. “It took time for me to adjust. I was so used to him by my side, supporting me in all the things I pursued … I will always miss those times,” Jake, who is now under GMA Artist Center, told the Inquirer in a recent interview.

And while Kuya Germs is no longer around, all the teachings and advice he had imparted to Jake will continue to be the Kapuso talent’s compass.

“He instilled in me the value of professionalism. He always reminded me to be diligent and save up for my future,” he said.

But perhaps the most important lesson he has learned from Kuya Germs, whom Jake fondly called “Tatay (Father),” is that an acting role—no matter how seemingly insignificant—is important.

“He told me to give project offers, big or small, equal consideration,” he said. “They’re all blessings.”

“But of course, you always have to think about what’s best for you,” Jake added.

Jake has been known for doing dramas and teenybopper roles. He wants to change that. “I want to try action, for a change. I’ve been doing similar roles for quite a while,” said Jake, who nonetheless has no qualms if he were to be asked by the network to do more romantic fare.

“If I get to choose a screen partner, it will probably be Kris Bernal—she’s the only one who’s my height,” he jested.

The 23-year-old actor has already proven that he has the ability to turn in a fine dramatic performance, having won the Best Rising Star award at the 48th WorldFest Houston International Film Festival in the United States last year, for Louie Ignacio’s Cinemalaya film, “Asintado.”

His next step, Jake said, is to be a more well-rounded performer. “I want to be as versatile as I possibly can … I’m quite confident with my singing, but not so much with my dancing. That I would like to improve,” said Jake, who was one of the honorees of Inquirer Indie Bravo! 2015.

Jake will soon start preparations for “Oh Boy!,” a coming mini concert he will headline with Rocco Nacino, Derrick Monasterio and Aljur Abrenica.

The gig, which is set on Aug. 20 at the Music Museum, will have the four heartthrobs singing and dancing to local and foreign tunes.

Performing in a concert, Jake said, has always been one of Kuya Germs’ dreams for him. “He had wanted me to do this for the past four years, but I wasn’t ready then,” he related. “Now I am, and I’m sure Tatay is very happy for me.”