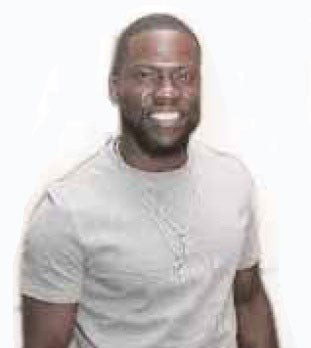 LOS ANGELES—Kevin Hart has a big role in real life coming up on Aug. 8. Saying it’s “long overdue,” the comedian will marry model Eniko Parrish to whom he has been engaged since 2014.

In the meantime, Kevin has another role, as the voice of Snowball, in “The Secret Life of Pets” of Illumination Entertainment, which operates its animation studio in Paris. It’s Kevin’s first animated movie role.

Don’t let the fluffy white bunny’s adorable appearance fool you—he is the main villain in directors Chris Renaud and Yarrow Cheney’s tale about what pets really do when their masters are gone.

The Philadelphia native, one of the few standup comedians who can fill huge venues, got one of his earliest breaks from Judd Apatow, who cast him in several comedies.

Excerpts from our recent talk held at the Conrad New York Hotel:

How romantic are you in real life? And talk some more about the coming wedding.

Our wedding will be very simple, very nice. It’s a day for her; not a day for me. It’s about making it perfect for her. Long overdue.

What was your first pet?

It was my grandmom’s pet. It was a dog named Chichi who was a Pomeranian that hated everybody, but somehow took a liking to me. Pomeranians have so much hair that when Chichi would poop, it would get stuck in the hair.

Because I was the only person that Chichi didn’t snap at, I was responsible for cutting the poop out of the hair.

This is your first animated movie; is it also your first time to play a villain?

My second villain role. I was a villain in a movie called “Fool’s Gold,” when I was much younger, with Matthew McConaughey and Kate Hudson.

You are always funny. Why did you want to play the bad guy?

The opportunity was brought to me. It’s funny that I even bring up “Fool’s Gold,” because the name of the villain that I played was Bigg Bunny, so coming back to play a bunny in this movie just shows how life comes full circle.

What was funniest about the way that it was presented to me is that they showed me a picture of Snowball, and he was really cute.

Then, they turn the page real quickly and Snowball was just angry. He’s grabbing his hair, his teeth are out. I started laughing, and they said, “He’s the bad guy.” I said, “What?”

He’s responsible for the revolution against the people. And that my voice will be perfect for it. I read the script and … I thought the whole idea of a white bunny having a militant, Black Panther-like attitude of us-against-the-people was priceless. [For Illumination Entertainment] to come to me first and not go anywhere else, I was flattered.

In spite of the nightmare of your memories of Chichi, does your fiancé have pets, or do you foresee pets in your future?

We have two dogs now. They don’t have hair like Chichi’s. I wasn’t a pet guy [before]. I didn’t really want animals in my house, but women are very good at persuading you to get what they want, whether you realize it as a man or not.

I have a Doberman Pinscher and a Min Pin (Miniature Pinscher). I’ve grown to love these dogs. I’m attached to them.

What I take out of this movie is—whether you’re a dog person, a cat person or just a pet person, you grow attached to your pets because you don’t look at them as pets. They’re family members. They’re a part of your everyday life.

We don’t even call them “the dogs.” We got to check on Roxy and Riggs (his pets).

We see in the movie that each pet owner has a particular relationship with his pets. What do you allow your dogs that you never thought you would do?

I wouldn’t have thought that I would let my dogs sleep in my bed. That’s my lady. I have no control over that, like I have to find a place for me to sleep on my bed. The dogs own my bed.

One thing that really makes me laugh about my dogs is that I’m the Alpha male of the house.

Do you think it’s harder to make it or stay in Hollywood?

It’s harder to stay. The reason why I say that is because several people who have broken ground in the entertainment industry have had trouble maintaining a high level of success.

I don’t think it has anything to do with talent. It has a lot to do with the perception that comes along with success.

When you’re at a high level of success, everybody loves you. Everybody wants to give you what you want. They’re at your beck and call. Some people misconstrue that as reality.

Those people who have survived in Hollywood are people who separate reality from false reality.

At the end of the day, reality is your household, family, prioritizing what’s important and what isn’t.

When all the doors are open for you, how difficult is it to choose which ones to stay in?

That comes with controlling your brain. You can be two different people. You can be a person who works for other people, and you do what people say you should do. Or you can be in control of your own destiny and make decisions based upon what you feel your growth has put you in a position to do.

I work for me. I control my own brand. That’s the beauty of standup comedy. It has put me in the position to do what I want and be able to say no.

Your career has really exploded. How has your life changed in the last couple of years?

It’s hard to believe but it hasn’t. Look, the movies and the pay stubs get bigger, but as a person, you haven’t changed. I live my life exactly the same. When I’m off, it’s about me and my kids.

My kids are 11 (daughter Heaven) and 8 (son Hendrix), and it seems like that time has flown. Of course, I have my vices. I like cars and watches (laughs).

You became a father quite young. How did that change you?

Having a daughter changed me. If I had two sons, I don’t know if I could say the same thing. Having a little girl and knowing the type of example that you’re supposed to be for her is what’s helped me become the man I am today.

All the things that have happened in my past, from getting a divorce (from Torrei Hart) and going through the problems, happen for a reason.

Can you share one of the obstacles that you were able to overcome?

One obstacle came in the beginning of my Hollywood career. When I first went out to LA, I was 22 years old. I got a deal. These deals can range anywhere from $75,000 to $500,000. I got a very nice development deal.

This is my definition of rich. I’ve made it. I’m getting … a house, a car because I don’t have the mentality to process what’s going on. I was in heavy debt, owed tons of money in taxes, looked up, didn’t know where my money went.

I told myself, if I ever get a second chance, I will handle that completely different, not to let this massive punch to the face that I just took.

I put acting on the side. I simply focused on standup comedy. It put me in a position to get back to where I once was.

I’m my own businessman, and the guy who is my business manager works in my office.

I’m a CEO of Harbeat Productions, Hartbeat Digital, New Generation Promotion. I am putting out a network, Laugh Out Loud Network, partnering with Lionsgate. I stand on the board as a CEO with them, too.