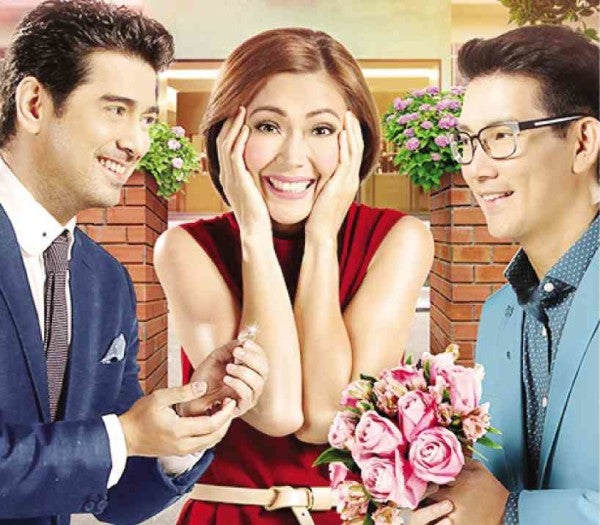 Blockbuster filmmaker Antoinette Jadaone and other movie industry workers cried foul as her film, the Star Cinema romantic comedy “The Achy Breaky Hearts,” was leaked on Facebook shortly after it was released in theaters.

Jadaone, first posted a series of tweets last Monday slamming those who leaked her movie online.

(Sometimes, Filipinos are the ones destroying our own (film) industry. And we have the gall to criticize a movie if it does not meet our standards. Just great.)

She said that she is starting to lose faith in the Filipino movie industry after her 2014 breakout movie, “That Thing Called Tadhana,” also fell victim to piracy.

(I am starting to get mad at Filipinos. I have lost my trust in them. They say change is coming, but we cannot even change ourselves.)

(You already did this to ‘Tadhana.’ Yet, I still believed in making films. Now you do this again. Can you blame me if I lose interest?)

Other movie workers also joined Jadaone’s call to fight piracy. “Magtanggol” screenwriter Henry dela Cruz Jr. came up with a list of Facebook users who posted links of the leaked movie. He also estimated that the movie has lost about P40 million in ticket sales because it was leaked online.

Director Jun Robles Lana also retweeted some of Jadaone’s tweets slamming the piracy of her film.

The romantic comedy stars Jodi Sta. Maria whose character is torn between those played by Richard Yap and Ian Veneracion. Sta. Maria and Yap have urged their fans through social media to report the illegal links of the pirated copy of their movie.

(We do not want to destroy the lives of those who watch pirated movies. But you are killing our livelihood. Yes, I am affected because I am also a victim of piracy. I am affected because you have done this twice to my director friend who has done nothing but make films that make you laugh and cry and teach you how to love. Stop piracy.)
READ: Angelica Panganiban slams netizens who watched pirated ‘Tadhana’

Miles Ocampo, who also stars in the movie, said that she hopes that the culprits will be apprehended soon.

(Idol! I am star-struck. Smile, direk! They will be apprehended. I love you, direk!)

Star Cinema has already released a statement condemning the circulation of the pirated copy of the movie on Facebook. AJH/IDL