A different kind of love triangle 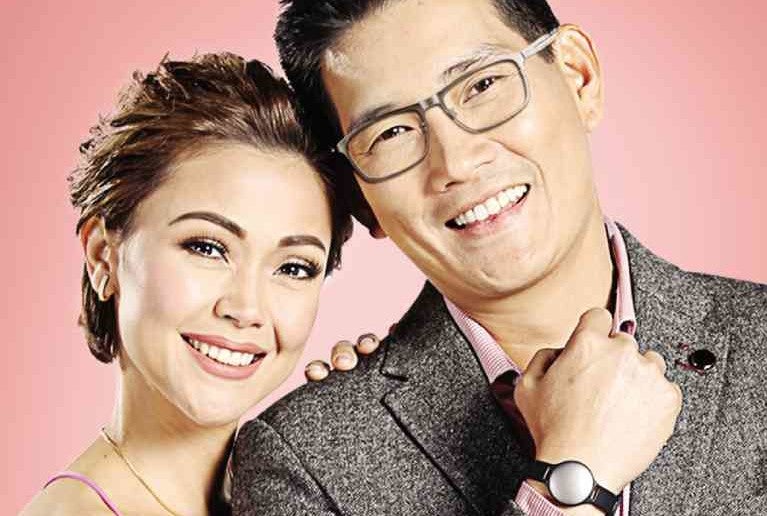 The romantic fool in me ran the whole gamut of emotions while watching Star Cinema’s “The Achy Breaky Hearts,” now showing nationwide. We at the Cinema Evaluation Board gave the film a grade of B.

Heart and hurt almost rhyme. It figures. Jodi Sta. Maria portrays Chinggay, a woman who has been through hell and back in the name of love. Her heart is in limbo, and she wonders how long it would take to get to “paradise.”

Jodi’s “papalicious” leading men, Richard Yap and Ian Veneracion, have mastered the art of being kilig providers, to the point that makes the audience almost forget that they’re both married and daddies already.

Their movie is the kind that you would want to watch again, because it will see you through every “heart flutter” and heartbreak.

Here’s my chat with the “breakout box-office trio.”

Would you rather be single or in a relationship?

It depends on the situation. Of course, I’d rather be single than be in a wrong relationship.

If Ian and Richard were both single, who is more boyfriend material?

I cannot compare because both have their strengths, and I believe the very reason they are married now is because they were both boyfriend material to their girlfriends then.

In what ways are you like your character, Chinggay?

We are both kalog, and we love our families very much.

When your son, Thirdy, is of age, what advice would you give him about love?

To love and respect women. But it’s important that he learns how to love himself first, because he cannot give what he doesn’t have.

How do you remain faithful to your wife despite the temptations in show biz?

I don’t entertain or think about them because once you start opening that door, all kinds of things are going to happen.

What relationship is harder to save—when a guy or a girl wants to call it quits?

It depends on the personality of the guy or girl.  It’s hard to save a relationship when one party has already left it—in his or her heart and mind.

How would you handle an indecent proposal?

Does your wife get jealous of your love team with Jodi?

My wife is a very confident woman, and she knows how professional Jodi and I are when it comes to work. She’s happy and proud when it comes to the success of our projects, such as “Pangako sa ’Yo.”

If you were still single, would you take an ex back?

Knowing me, no. I just move on.

What are your thoughts on infidelity and mistresses?

What makes your marriage work?

It works because  we’re opposites; we “live” in different worlds. Our personalities are different, too. She’s strict and on the conservative side; I’m liberal-minded.

I’m objective and wise, and she’s smart. She loves numbers; I love stories, whether it’s literature, movies and other stuff. She’s practical, while I’m romantic. So her strengths are my weaknesses—and vice versa.