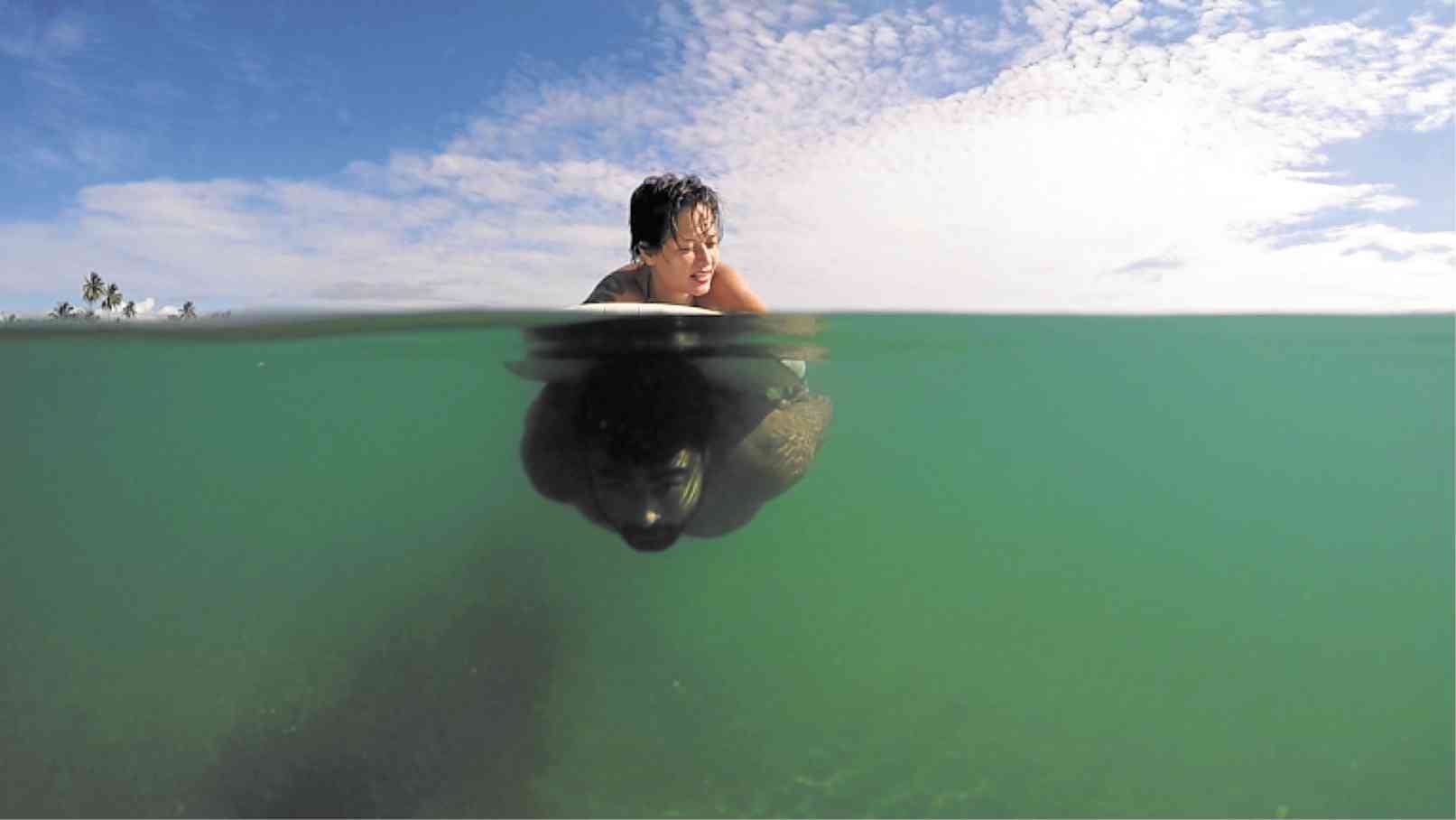 Mario Cornejo’s “Apocalypse Child” has earned a rave review from Film School Rejects, an entertainment blog based in the United States. In his June 26 essay, the website’s chief film critic Rob Hunter summed up the Filipino surfing flick as “raw and affecting.”

Santos, who recently won best supporting actress at the Gawad Urian, was declared the “standout.” Dolonius was likewise praised for her “heart-wrenching performance.”

Hunter wrote that the camera work possessed an effortless “sensuality…a sexy, alluring vibe… [that’s] tangible, seductive and…  impossible to resist.” The Filipino film, Hunter conceded, was undoubtedly aided by the “natural beauty” of its setting, the surfers’ mecca, Baler, Aurora.

While the screenplay and direction were praised for being “low key,” the music was hailed for “speaking perfectly to the emotions…explored” in the story.

The film centers on a surfing instructor who is believed to be the son of an Oscar winner who wandered into a sleepy town to shoot an acclaimed Hollywood movie.