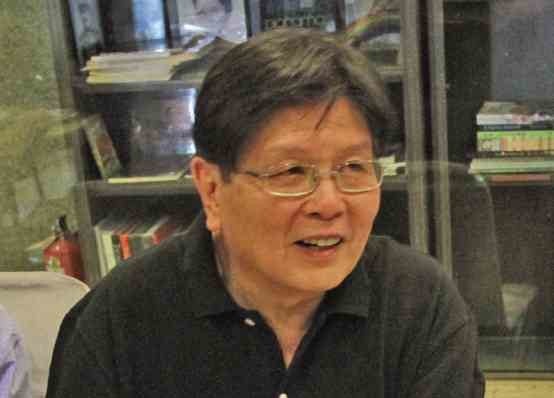 Filmmaker Mike de Leon, the director behind such acclaimed movies as “Itim,” “Kisapmata” and “Kung Mangarap Ka’t Magising,” is working on a new project. His last full-length feature film was “Bayaning Third World,” which was shown at the London and Busan film festivals 16 years ago.

Before industry drumbeaters could trumpet this much-awaited comeback in cinema circles, it must be said that De Leon had been quietly restoring his films, as well as two screen gems—Lino Brocka’s “Maynila sa mga Kuko ng Liwanag” and Lamberto V. Avellana’s “Portrait of the Artist as Filipino”—in the past few years.

On a personal note, he likewise worked on the “complete restoration” of his Baguio home (the house seen in “Kung Mangarap”).

Another special piece of architecture is the ancestral house in San Miguel, Bulacan. There is a plan to shoot the new film in the historic home, he told the Inquirer in an e-mail interview.

The San Miguel house was featured in the films, “Itim” and “Bayaning Third World,” and was mentioned in the book, “Doña Sisang and Filipino Movies.” The filmmaker is the grandson of Narcisa “Sisang” de Leon, matriarch of LVN, one of the Big 4 studios in the first golden age of Philippine cinema in the late 1930s, ’40s and ’50s.

Most recently, netizens might have come across the director’s name, via a Facebook missive that detailed his disagreement with Regal producers Lily and Roselle Monteverde over the restoration of his 1984 film, “Sister Stella L.”

Earlier, during the contentious presidential campaign period, De Leon came out with several anti-Marcos videos, as well. A longer video was released this week, and he said another one is in the works. “I feel like I am making films again,” he said of the videos. “But I really hope to make the feature I am working on soon.”

A netizen surmised that the country’s “state of disarray” has pushed the “reclusive” director out of retirement.

If you ask De Leon, the rationale behind the new film is “very personal.” But then again, the personal is political, too—especially in these parts.

He was also inspired by “Portrait.” “I admit that I didn’t like it or maybe didn’t fully understand it when it was first released in 1965. It deals with themes that I am quite familiar with now—a reluctance to let go of the past, properties being sold primarily because the big house is the family’s conscience, and that is why the siblings want it to disappear from the face of the earth,” he explained.

The new film is “a political melodrama set during the Japanese occupation in the 1940s,” he related. “It’s loosely based on my family. It’s very personal … I’m planning a closed/intimate shoot.”

There is an urgent need to record this story on celluloid. “Last year, I started to reflect on my mortality,” he volunteered. “I will be turning 70 next year, and our family relations are very complex.”

The reflection led to more questions. “I started to think and wonder: Why did we become this way? Where are my roots? I wanted to discover the clan’s story.”

The De Leons, he recounted, were rich landowners from Bulacan and Nueva Ecija. “I started to think about it more carefully… Why did we lose it all? Why did we have to lose LVN?”

The only reminders of that glorious legacy are the San Miguel ancestral house, “which is ignored and uncared for,” and the Baguio home, which he now owns.

All this contemplation led to a sobering insight. “We were brought up not to work but to be served, and to always be considered special,” he admitted. “Add to this the adulation given my Lola Sisang … and growing up amid the glitter of show business.”

His father, producer Manuel de Leon (who championed such film classics as “Badjao,” “Anak Dalita” and “Portrait”), constantly reminded him of the true source of the family’s wealth. “Not the movies, but vast real estate properties and shares in large corporations.”

He owned up: “We were a fine representative of the feudal era, but what made us different … was the surreal world of the movies. Our lives were one big special effect.”

This awareness served as the spark for De Leon’s latest endeavor. “This is the story I wanted to tell … setting it during the Japanese occupation added a whole new dimension.”

In the last six months, he has visited Japan twice. “Not as a tourist, but to see the war shrines and museums… the other side of Japan. Not the Japan of sushi and tempura, but the Japan that invaded and killed. The Japan that tried to drive out the West and create an Asia for Asians.”

De Leon tried to contact Japanese actors, through an agent, and encountered difficulty because of some people’s ambivalence about the war-time setting.

He pointed out, however, that he isn’t making an action flick. “It is definitely not a bakbakan movie, but would hopefully tackle unresolved conflicts stemming from feudal relationships, sibling rivalries, imperious matriarchs, and the issue of collaboration that pitted family members against each other.”

As of now, the filmmaker said, research on the yet-untitled film is ongoing. “We are still awaiting word from our would-be historical consultant,” he remarked.

The script is a collaboration between De Leon and writer Sarge Lacuesta. He pointed out: “The new film will provide insights on the collaboration issue with the Japanese. Were they guilty or just being practical? (It’s) interesting that this issue still resonates today, with turncoats and opportunists fighting to collaborate with this new regime or, in the not-so-distant past, the Marcos government.

“Now, I finally understand why the Left always referred to the Marcos era as Panahon ng Hapon.”