Anthony Hopkins on working with Olivier, other great actors (conclusion) 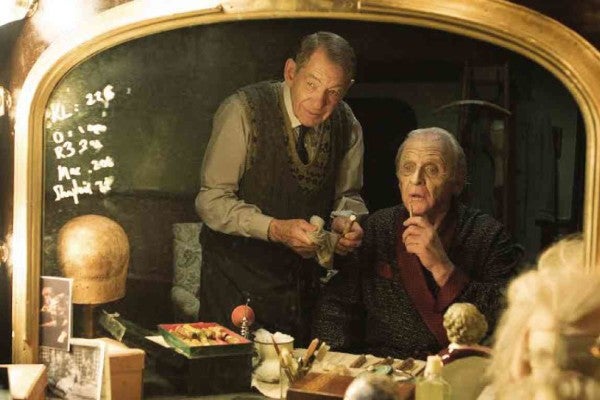 LOS ANGELES—Not only did Anthony Hopkins have the honor of being the understudy of the great Laurence Olivier in a play; one night, he actually stepped in for the iconic thespian and drew a standing ovation at curtain call.

In part two of our column on Anthony, he continues his reminiscence of working with or meeting acting legends, from Laurence to Richard Burton.

Anthony was in a nostalgic mood, motivated by “The Dresser,” the BBC TV movie version of Ronald Hardwood’s play about life in the theater.

He plays Sir, an embittered, fading actor, while Ian McKellen portrays Norman, his ever-loyal dresser. Both are excellent in this adaptation directed by Richard Eyre and produced by Colin Callender.

We got a treat when Anthony, known for his photographic memory, spontaneously recited lines from “Silentium” by the Russian poet, Fyodor Tyutchev.

On why he survived, while Richard Burton did not and succumbed to his demons

What demons are you talking about (laughs)?  His alcoholism? Richard, like many others, just couldn’t shake off the addiction.

Alcoholism is a very complex thing. In some strange moment of grace or fear, I found an answer. We all have insecurities and fears.

What I have to remember all the time is that everyone of us is fighting a great battle just to stay alive. That is why I work—not to prove anything, but just to keep alive.

It’s been 25 years since his Hannibal Lecter first appeared onscreen … God, it was a long time ago.  I had a wonderful time playing him. Jodie Foster was wonderful.

But this one (“The Dresser”) was the best challenge or test. I simply wanted to do it, because people say, “You sold out.”

I wanted to prove to myself that I still had the muscle and the power in my lungs. If you take a long absence from something, you can forget.  But once you get into the stride and you have the determination to learn or relearn the part… “Lear,” for example, which I haven’t done in London, I think I can do it.

What for me was terrific was working with Richard Eyre (in “The Dresser”). I remember there was a section where Sir cannot learn his lines. In the original script as in the adaptation, they had excerpts from “Richard II,” “Richard III” and this and “The Tempest.” I did them all as Laurence Olivier, [John] Gielgud and Ralph Richardson, just for fun.

On painting and composing

I come back to the boss, my wife. She found some drawings and paintings of mine. She said to me before we got married, “I want you to do paintings for the wedding guests.”  I said, “How many?”  She said, “75.”

So, I started painting, trial and error, with acrylics. I remember Stan Winston, who was Steven Spielberg’s “Jurassic Park” supreme artist (special make-up effects creator). He died eight years ago.

Almost 10 years ago, he came to the house to a barbecue that we had up in Malibu. My studio was around the pool.  He went in to use the bathroom and looked at my paintings. He said, “They are wonderful.”  I said, “I have no training.” And he said, “Don’t train—don’t, don’t.”

The same with music. I compose. I have a friend who helped me with the computerized orchestration [of my compositions]. He said to me one day, “You are breaking all the rules.”

So I am not a renaissance man, but I enjoy doing it.  Sometimes, at the end of a film, I give some crew members some of my painted drawings. 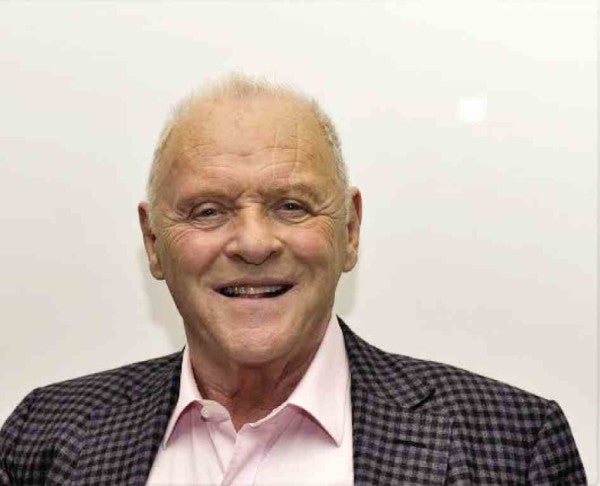 On which performance scared him the most

I was the understudy to Laurence in [August] Strindberg’s “The Dance of Death.” Laurence asked me to understudy him. I was far too young. He was 30 years older than me. So, I was at rehearsals and watched the great man  go onstage.

I was also rehearsing “Three Sisters,” playing Andrei. Laurence was directing that. I remember one day we were in rehearsal. Joan Plowright, his wife, came and said, “Larry had to go to the hospital.” He had cancer of the prostate.  In those days, they burned it out with radium.  I didn’t think anything more of it.

Two days later, the stage manager Diana Buddington phoned me up and she said, “You have to come into the theater because you’re going onstage now.”

I said, “I can’t—that’s impossible.”  She said, “Yes, you can.”  So I went into the theater in November 1967. Robert Stephens was playing Kurt, and Geraldine McEwan was playing Alice, my wife.  Glenn Byron Shaw, who played the father, was directing.

I was so nervous.  But I knew all the lines. I wrote and wrote them.  I took a deep breath. We started rehearsing. I was speaking in a high-pitched voice, and in a very fast manner.  Robert said, “Just slow down.  Take a deep breath.  Instead of going at 55 miles an hour, go at 10 miles an hour.”

I was young, and I wanted to prove myself.  I slowed down and could  suddenly feel the blood returning to my body.  We rehearsed the whole play that day … and Robert said, “That was fantastic. You are going to do great.”

They got the hairdresser to cut my hair short to make me look older, and put a bit of makeup on.

That night, I had to go on. I felt very calm. I got onstage, and there was Geraldine McEwan looking like a ghost because they didn’t know what was going to happen.

The curtain went up and I went (exhales).  I started the first lines and everything was going beautifully. My voice was in good shape. Then, I had to get up to go across the stage and pour myself a drink.  As I was walking across, I thought this was crazy.

Before I knew it, the first act was over. Robert and the stage manager came around and said, “It’s amazing. You’ve done it.” I went on the second half and got a standing ovation at the end.

Next morning, I had a telephone call from Sir Laurence.  He had come out of St. Thomas Hospital in his bathrobe with his doctor, who stood behind him.

On Tom Courtenay, who played Norman in the original production and the feature film adaptation of “The Dresser”

We were on the first two days reading. Emily Watson, who plays Her Ladyship, met Tom  somewhere. I only met Tom once. I can understand that he was probably peeved.  It troubled Ian, because he was playing the same part.

Stella, my wife… worries about me. We were up in Canada two years ago doing a film. It was bitterly cold. Stella visited the set. She said, “Let me ask you, do you want to die as an actor?  Do you want to go until you drop dead?”

I said, “I guess so, until my health gives out.”

So what I do is continue to work and do a play like “The Dresser.” I had to learn the entire script before I started. I learned it over and over to be prepared. So that when we started rehearsing, I could be relaxed and not worry about the lines. Learning lines keeps my brain active.

I feel energized by being an actor, and I love the process.

It’s great. A bit of wisdom and mellowness come in.  I am still pretty strong, but I don’t have opinions that are rigid anymore.

Anthony Hopkins on working with Olivier, other great actors