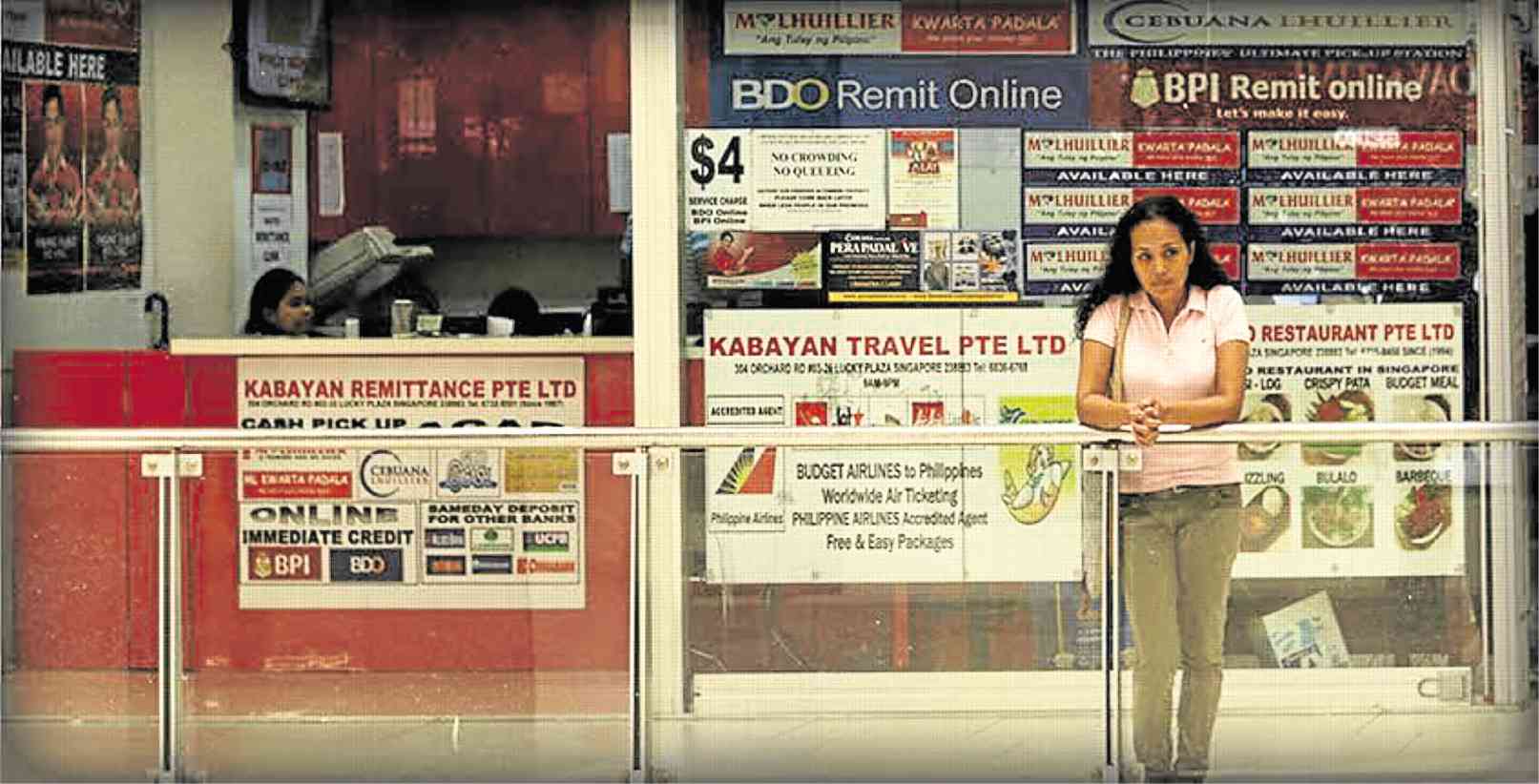 SCENE from the award-winning film

According to the film’s website, “Remittance” is a “realistic portrayal of low-wage migrant workers in Singapore, shot in real locations with a cast that includes actual domestic workers.”

Best actress Barotia is a real-life domestic helper working in Singapore. In the film’s website, Barotia related that she was originally a vegetable vendor from Albay and moved to Singapore in 2009.

She admitted that she earns more abroad and regularly sends money to her husband and two daughters back home. Said Barotia: “I don’t want to get rich. I don’t need a big house. I just want to be happy. When I go home, I’ll set up a daycare center, because I love kids.”

Barotia also acted in a play titled “Rojak” at Play Den @ The Arts House. She related that she felt strongly about joining the cast of “Remittance”: “This is my story, and I want to be part of telling it.”

The filmmakers noted that “Remittance” tells “a global story about the commodification of labor…the exportation of mothers, from third world countries to first world nations.”

In the film’s website, the filmmakers explained that they took an “anthropological approach” in making “Remittance.” “Our process involves spending time in various communities, developing relationships that allow for access to worlds not usually shown to outsiders. We are interested in telling the less obvious story and celebrating the drama of everyday life.”

FILMMAKERS and Barotia on the set of “Remittance”

Daly and Fendelman previously collaborated on the documentary, “Needle Through Brick” (2005), the short film, “Daud” (2009) and the feature film, “David” (2011). “Remittance” is their second feature film.