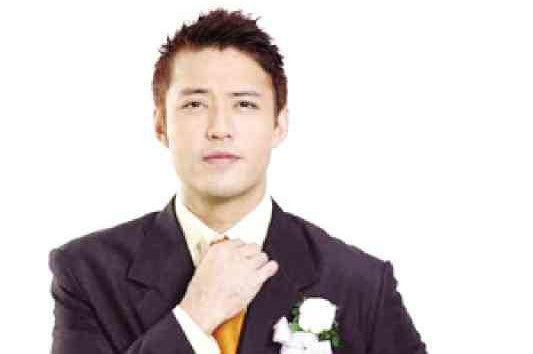 At long last, “Ma’ Rosa,” the  masterpiece of director nonpareil, Brillante Ma. Mendoza, which made waves at the recent Cannes Film Festival, will hit local cinemas on July 6. I am more than delighted that my godbrother, Mark Anthony Fernandez, is part of the cast, playing a corrupt police officer.

It’s about time he made waves. What better way to hone his talent than by being mentored by no less than Brillante?

According to the Cannes-winning director, Mark is a team player, a breeze to work with and a better version of his late father, Rudy Fernandez, in action and dramatic scenes.

The son of the “original” AlDab (Alma Moreno-Rudy “Daboy” Fernandez) love team is done sowing his wild oats. Now, he is determined to bloom where he is planted.

Here’s my one-on-one with Mark:

What was the “Ma’ Rosa” experience like for you ?

It was a thrill, because I got to play a cop again. I learned from the movie that debriefing is very important. It can help those who are traumatized.

What is the best thing you learned from Direk Brillante?

That it’s better to shoot at night.

What’s your most memorable moment with your dad?

Our trips to Hong Kong and China.

What’s your message to your mom Alma’s bashers?

Correction helps, but encouragement helps even more. Please encourage her to run for vice mayor.

Would you be willing to work with  your ex-girlfriend, Claudine Barretto?

Why not? As long as the story is good.

In what ways are you like your dad and mom?

I got my mom’s facial features. I have the same characteristics  as my dad.

If you could do a remake of any of your dad’s movies, which one would you choose?

Not just one. It would be great to do a remake of “Star,” “Boy Ginto,” “Victor Corpuz,” “Sa Init ng Apoy,” “3 Kantos,” “Kumusta Ka, Hudas?” These films are worth redoing and watching, because they’re world-class.

What’s the naughtiest thing you did during your Gwapings days?

Jomari Yllana, Eric Fructuoso and I lived life on the edge, so we tried drag racing here and abroad.

What’s your unsolicited advice to teens who take drugs?

Believe me, it won’t do you any good. It’s a fake “high,” which will eventually make you feel so low.

It was recognized as the Best in New Product Innovation and Bronze Stevie for Best in Brand. It transforms TV viewing via clear picture, crisp sound and additional premium channels.