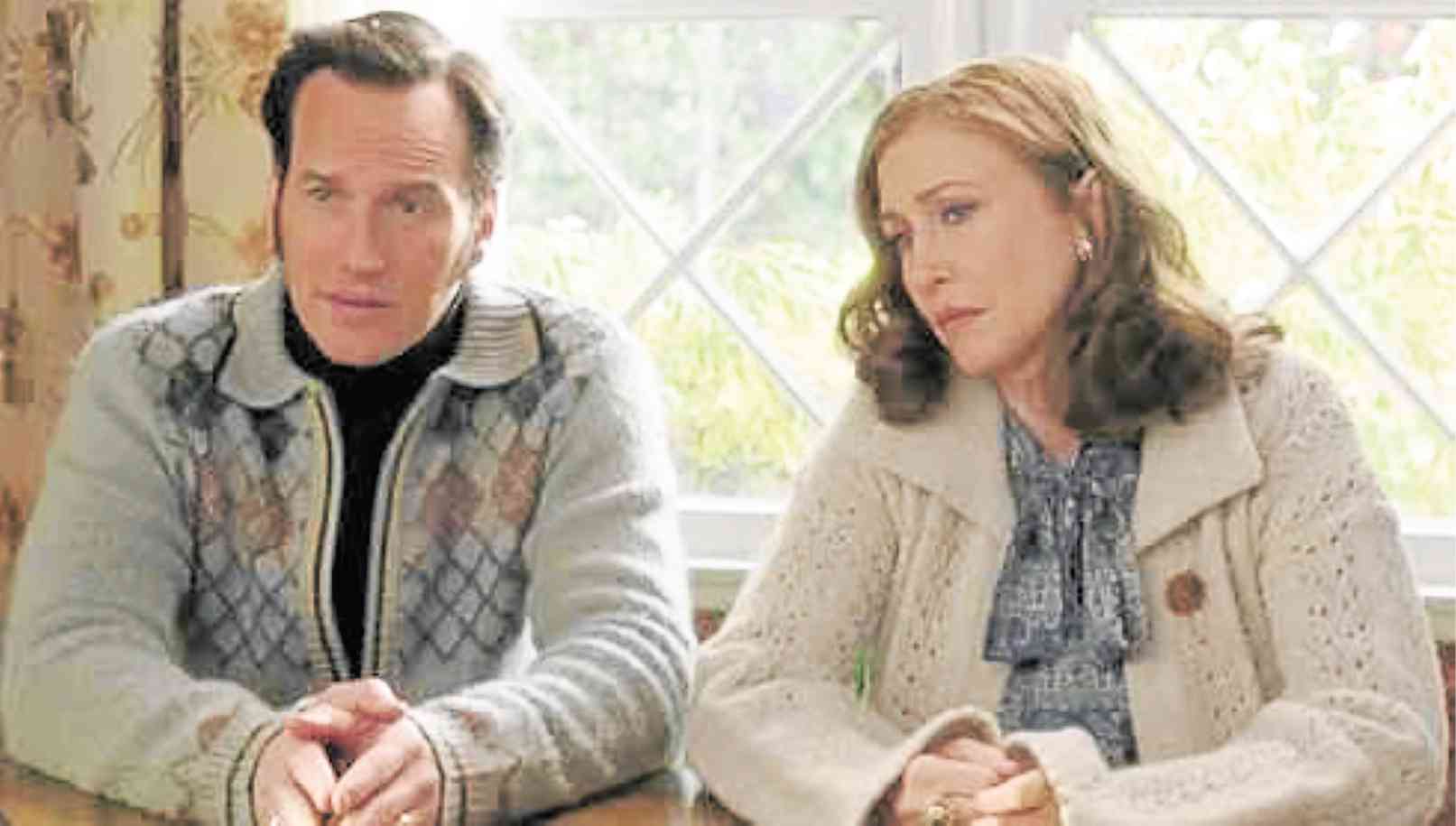 Patrick Wilson and Vera Farmiga return as beleaguered ghost-investigating spouses Ed and Lorraine Warren in “The Conjuring 2,” a competently made, if less-frightening sequel to the 2013 film.

Supposedly based on true accounts, this second part brings them to London, where they encounter a series of supernatural activities in a family’s home.

The James Wan film recaptures the stark, spooky coldness that made its predecessor memorable, and reestablishes the strong rapport between the loving, oft-traumatized couple, who are especially tangible, thanks to the thespic powerhouse tag team of Wilson and Farmiga.

Looking like the offspring of “The Exorcist” and “Ringu,” this installment spooks and freaks in anticipated junctures—but it still manages to deliver heart-pounding sequences.

Design-wise, it’s hit and miss—while one specter looks like a vampire nun (which, like the doll in “Annabelle,” will have its own spin-off film), another apparition bafflingly looks a lot like Jack Skellington from “Nightmare Before Christmas.” It’s shocking, but not exactly in a good way.

The hit “Conjuring” series of films, regardless, can still introduce other bogeymen, if the Warrens’ many “souvenirs” from other hauntings are any indication.