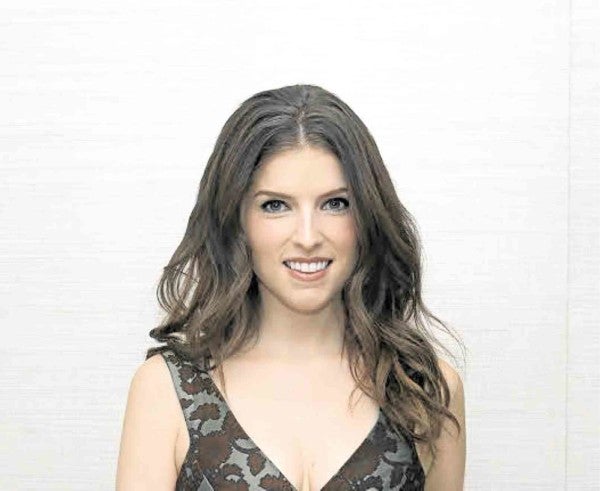 LOS ANGELES—Anna Kendrick may have named her first book “Scrappy Little Nobody,” but these days, she’s anything but “scrappy” or “nobody.” OK, at five feet two inches, she’s little.

Before she turned 30, Anna already scored Oscar and Golden Globe best supporting actress nods for “Up in the Air.”

At 12, she became the second youngest actress ever to earn a Tony best featured actress nomination for “High Society. ”

The actress’ other credits include playing Cinderella in “Into the Woods,” Becca and Jessica in the “Pitch Perfect” and “Twilight” movie series, respectively.

Anna stars with Zac Efron in the comedy, Jake Szymanski’s “Mike and Dave Need Wedding Dates,” about two brothers who place an online ad to find dates for a wedding.

She (as Alice) and Aubrey Plaza (Tatiana), portray pals who pose as the perfect wedding dates, so they can score a free trip to Hawaii with Zac and Adam DeVine’s titular sibling characters.

Known for her quirky humor, especially in her tweets, Anna will likely come up with a fun book, which is coming out in November.

“Scrappy Little Nobody” is described as an “autobiographical collection of essays, which amusingly recounts memorable moments throughout her life, from her middle class upbringing in New England, to the blockbuster movies that have made her one of Hollywood’s most popular actresses today.”

Apparently, your coming book will include your memories of being on the set of the “Twilight” movies.

Oh, my gosh.  There is so much in the book that I ended up devoting a whole chapter to it (“Twilight”).

One of the things that I write about is the day that we shot the dream sequence where I was in a pile of dead bodies.

Kristen (Stewart) and Robert (Pattinson) are standing on top of us, because Bella is having a dream where we’re all dead. So, I was getting buckets of blood poured on me as I was underneath Rob and Kristen’s feet. It was the coolest.

What encouraged you to write your first book? What is it exactly about?

Everything is about my childhood and my experience in Hollywood so far. I wanted to do something that was entirely my own because, on a film set, you are collaborating with so many people.

It’s great, but it also means that you aren’t in control of the finished product. There are literally hundreds of people making decisions.

I wanted to make something that was just from my brain down to the finished product.

Who brings out the party girl in you and makes you do things that you normally would not do?

I am not really a big party girl. But I will say that when we were making this movie, I definitely succumbed to some peer pressure and partied a little bit.

I would say that Zac is such a good guy but, for me, he was a bit of a bad influence because I am usually not the person to jump off a cliff into a waterfall. But when he was doing it, I felt like, well, I would be an idiot not to do it, right?

Who else makes you do stuff that you usually do not dare do?

When I first moved to LA, my neighbors were three exotic dancers. So, for a couple of years, they took me under their wing. I was their mousy, nerdy friend. They took me to parties. I just sat in a corner and watched them party.

That’s how you learned to dance?

Do you identify at all with your character, because she is a bit extreme and we can see that she is a wounded soul?

I have a lot of fun playing characters who are that kind of stupid. It means that your motivations can be a little strange. She doesn’t think before she acts.

I loved the idea that this girl is good-intentioned, but so damaged.

I didn’t personally identify with her a lot. But I do feel there’s something funny about someone who is so broken that she is destroying everything around her—and she doesn’t even notice.

She’s getting a little pleasure out of it. Trying to outdo and out crazy the boys was a fun challenge. 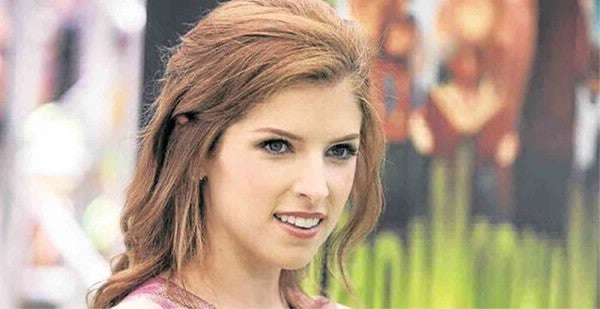 ACTRESS devoted an entire chapter to “Twilight” in her book.

What do you think of online dating?

I applaud people who are brave enough to do online dating. It seems like a death trap to me. It must set you up for years of therapy from meeting different kinds of crazy people and the rejection. I don’t think I could handle it.

This new generation is really going for it. I wish them the best of luck, because I can imagine how scary it would be for anybody to put yourself out there for anybody to see.

Aubrey Plaza said she likes to be courted as if it were the Middle Ages. What’s your idea of a perfect date?

Just watch a movie (laughs).  Aubrey is more creative than I am.  If it’s something where I wear pants with an elastic waistband, that would be better for me.

Are you dating anyone now?

To what do you attribute your successful career?

So, they let me pursue this dream. They made sure that I was exposed to different kinds of culture, art and drama.

Even though my mom is an accountant and my dad is a teacher, they exposed me to all kinds of performance art. They introduced me to an agent in New York. We did it the old-fashioned way in that sense.

Between films, do you relax or seek projects?

I feel uncomfortable when I’m not working. So, even when I was writing the book and being at home, I felt very antsy. I want to be on a film set most of the time.

Which style of comedy do you prefer?

All the comedy comes from real-life situations. Obviously, family is one of those situations that is often so ridiculous that it’s funny, but it’s still very honest.

Playing a character who’s taking drugs, getting naked and running around with horses is a less common occurrence.

I couldn’t choose which is my favorite, and I feel lucky that I get to do both, and I don’t have to choose.

The blooper reel at the end of the movie is fun. Was there a lot of improvisation on the set?

I was stone-cold sober and I don’t remember half of this movie, because we were making it so fast, and we were “improv-ing” so much. The director really got us into a place where we were just saying anything.

But there were a lot of bloopers. I feel like Alice, as a character, is very broken and she isn’t very smart. But she has a lot of rage inside of her, just buried deep down. Sometimes, Alice would yell obscene things.

I would put all that stuff on the blooper reel, because I thought that was pretty funny. Sometimes, it would carry over into real life, and I would start yelling at the director.

Your character is left at the aisle. Have you been stood up?

I have been handling rejection since I was 10, because that’s when I started auditioning.

Boys didn’t like me when I was 10, so I have gotten used to it. It doesn’t get easier, but I have coping mechanisms, which are usually me doing journal entries—and a lot of ice cream.