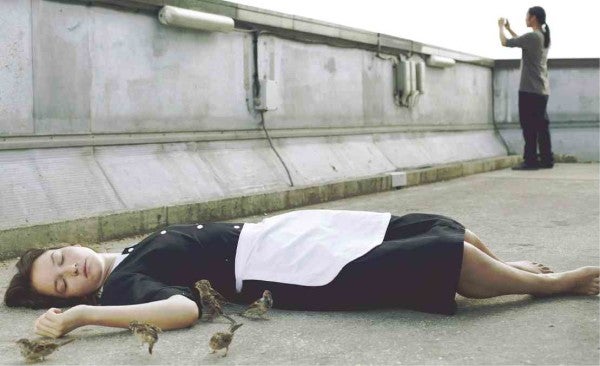 It’s no secret that the French are certified cinephiles. Largely because of their zeal for cinema, the French Film Festival in Manila has become a must-see showcase of the best movies from the country that gave the world Marion Cotillard and Gerard Depardieu.

Laurent Legodec, deputy head of mission of the French Embassy in Manila, explains his compatriots’ fascination for cinema. “The French are generally interested in the arts, and film is considered the seventh art form.”

Legodec describes the French “as rational, though driven by emotions… which is what cinema is all about—reflecting on life and experiences, trying to make sense of human feelings.”

This year, the French embassy has lined up 17 films, released between 2013 and 2016. “Some films were shown at the Cannes and Alpe d’Huez fests.”

“We want Filipinos to realize that there is more to cinema than Hollywood,” he relates. “All year long, American films are shown in local theaters. For at least a week, we want to present a different, maybe more personal dimension to storytelling.”

Apart from the love of movies, the French and Filipino people share other passions, says Legodec. “Family and relationships are the common themes of this year’s films. It’s important for Filipinos to realize that we share many things: the same successes (love, family bonding) and challenges (unemployment, migration).”

By the end of the month, the fest will move to Ayala Center Cebu and, for the first time, to Abreeza Mall in Davao.

Organizers want Filipinos in Visayas and Mindanao to gain access to French films. “We hope to extend the reach of French culture to the regions.”

In a time of economic and political turmoil, film festivals fulfill a noteworthy mission. “Cultural diplomacy is about creating a mindset that encourages peace and compassion… not fierce competition.”

The main tenet of cultural diplomacy, Legodec says, is “the defense and promotion of diversity. It is in the tolerance and understanding of our differences that we ensure peace.”

France has likewise been offering support to filmmakers from all over the globe through the World Cinema Fund.

“We’ve also been a long-standing partner of the Film Development Council of the Philippines,” he notes. “We hope to continue our endeavors to support local filmmakers and open channels for French-Philippine coproductions.”

The French embassy also plans to mount a big welcome (and motorcade) for Jaclyn Jose and the rest of the “Ma’ Rosa” team tomorrow.

Says Legodec: “As a diplomat in the Philippines, I share the pride of Filipinos for Jaclyn’s best actress win. We are proud that the Filipino story was told in Cannes this year.”