How Jennylyn shields her child from show biz 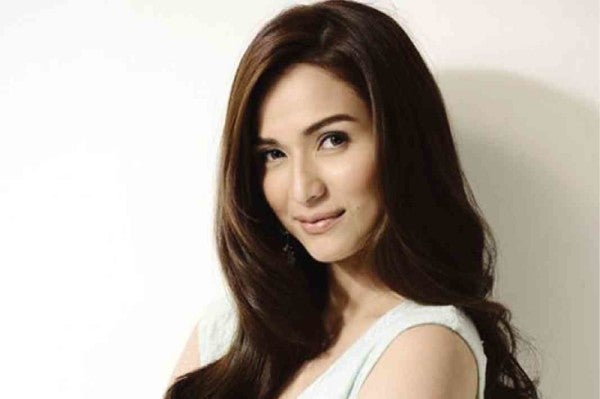 At 8 years old, Jennylyn Mercado’s son, Jazz, still has a vague understanding of the work she does.

“I don’t think Jazz has an idea of what I do,” said Jennylyn. “I want him to see me as a normal mom.”

Jazz is her son with Patrick Garcia.

“He knows that I have to be away for long hours. He sees me come home late, or sometimes, come home just to bathe, then leave shortly after,” the actress told Inquirer during a media gathering for the “Beauty for a Purpose” campaign of Avon Fashions Intimate Apparel, which she endorses.

“I don’t let him watch my TV shows. My recent teleserye, ‘My Faithful Husband,’ isn’t for kids his age. He only watches cartoons,” she added.

She admitted to being a disciplinarian. “I spank his hands if he gets too naughty and rowdy, but I explain to him why I do it,” she shared with Inquirer.

They spend quality time, usually at the mall “because he likes to run around. He probably doesn’t even notice when people come up to me for photo ops.”

Jennylyn said she has more time with Jazz now that she is done with her TV commitments.

The actress recently began working with Ivory Records on another album, which is set for release in September. It will feature eight tracks, six of which are originals, including a duet with Christian Bautista.

She is likewise working on another movie, which could be an entry in the 2016 Metro Manila Film Festival (MMFF).

“Just the Three of Us,” her recent hit movie with John Lloyd Cruz for Star Cinema, fueled speculation that she would soon transfer to the Kapamilya network.

When asked to confirm the rumor, Jennylyn said: “I don’t know yet. I guess that’s between my manager and the network.”

Asked about FHM’s 100 Sexiest Women list which she topped in 2015, and being a two-time MMFF best actress awardee, Jennylyn said: “I give my best to any project I take part in. I don’t expect to win again this year. I’m just glad that people appreciate how I take care of my body, even if I’m already a mom.”