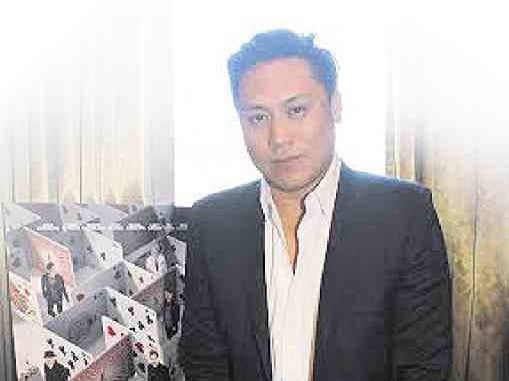 LOS ANGELES—At a time when Hollywood is being chastised for being “so white,” several Asian-American directors are somehow making headway and landing big projects. One of them is Jon M. Chu, who megged the current “Now You See Me 2” and 2013’s “GI Joe: Retaliation.”

Jon, who is the son of Chinese immigrants, is on the list of Asian-American filmmakers who are bucking a trend in Hollywood. This roster includes James Wan, Justin Lin, Cary Joji Fukunaga and Mira Nair.

We recently spoke to Jon, whose credits include the “Step Up 2: The Streets” and “Step Up  3D ” movies, about his rise amid the outcry on the lack of diversity in Hollywood. Only 36 years old, Jon studied at the University of Southern California (USC) School of Cinematic Arts where his short films won awards.

With his affinity to dancers, Jon is equally successful in directing a web series, “The LXD: The Legion of Extraordinary Dancers.” Jon himself belongs to a dance crew, AC/DC (AdamChu/Dance Crew).

The son of a popular chef (Lawrence Chu) had his share of setbacks before he broke through. A number of projects that he was set to direct did not materialize—including an updated “The Great Gatsby,” a big-budgeted remake of “Bye Bye Birdie” and a children’s version of “Kung Fu Hustle.”

“When I first came into the business, there was hardly no one,” said Jon, dapper in a suit, about the time when there wasn’t a cadre of Asian-American directors in Tinseltown. “Even Justin was just getting his start. This was 10 years ago. It has changed enormously. In my own journey—I grew up in Palo Alto (California)—there were no racial lines, really.

“But coming into LA and going to USC, maybe for the first time, I felt a little bit of it. But my parents always taught me to stay focused on the work.

“It wasn’t till much later, almost recently, when I looked back and realized that those things aren’t by accident. And that as a filmmaker now on my seventh movie in eight years, I have a responsibility to help open other doors as well, whether by example or actually supporting groups that do that.

“So, it’s been an interesting evolution in my head as an Asian-American. I was not thinking about those things in the beginning. But at a certain point, I realized I was a product of the things that were built before me. So that anything I can do to help open more doors, I would. It’s not just Asians—just more diverse voices in movies is a good thing for storytelling. ”

For Jon, one important director’s advice to him made all the difference. “Someone told me once that you are what you do every day,” he shared. “I asked Steven Spielberg, ‘So, when do I know I’m a director?’ He said, ‘No one’s going to give you permission. No one’s going to give you a sign on your door one day. You just are what you are every day. If you’re a writer, you don’t have to tell anyone you write, you write every day. That’s what you do.’”

Jon, whose Taiwanese parents own a popular Chinese restaurant in Los Altos, California, recounted how his filmmaker’s passion was stoked at such a young age “in a weird way.”

He recalled: “I’m the youngest of five kids. My parents had a video camera. I was in charge of carrying the video camera. We’d go on trips every year, and I would tape people.

“One day, I convinced my dad to get me this little mixer from Sharper Image. It was like a $200 thing. Then, I made this video of our vacation. I added music. I was probably in third grade. So I was 10 years old. I showed my family, and they started crying when they watched it. I was like, I want to do this for the rest of my life.

“In Palo Alto, as I was shooting stuff, digital video wasn’t out yet.  My father would have Adobe and Apple people come to his restaurant, which he’s had for 46 years.

“So, I would get new computers every two months that didn’t come with instructions. I had to figure it out myself. I did a bunch of stuff in high school. I did wedding videos, bar mitzvahs, whatever jobs anyone would give me, so I could get more equipment and make movies with my friends.

“By the time I went to USC, they had not converted to digital yet. It was all still film. We were still doing flatbeds.

“My friends were dancers. So I loved to shoot them. I made a couple of short musical films at USC. Steven Spielberg saw my senior short film there. That’s what got me into the business. I was very lucky.”

The prospect of directing the sequel to the hit, “Now You See Me,” and its cast was a daunting thought, at first. “Now You See Me 2,” which is set mostly in Macau this time, features the original cast—Mark Ruffalo, Jesse Eisenberg, Woody Harrelson and Dave Franco—plus newcomers that include Daniel Radcliffe and Lizzy Caplan.

“It’s intimidating when you have such an amazing cast like this,” Jon admitted. “We have legends like Michael Caine and Morgan Freeman. And you’re coming in with Woody, Mark, Jesse, Dave and Liz.

“Then, Lionsgate made me fly all around the world to meet up with each of these actors before I got the job. Everyone was working on a big movie.

“We had a blast. I was expecting maybe a diva or two in the group. Zero. The group loves each other. You could see it on the screen. They absolutely gave me all the trust from the very beginning—and it never stopped. ”

Jon credited Jay Chou, the Taiwanese singer who portrays Li in the movie, for helping Mark Ruffalo and Morgan Freeman deliver their brief exchange in Mandarin.

On casting Jay, who was Kato in “The Green Hornet,” Jon said, “We had him in mind from the very beginning. I knew of him from [his] music and movies. He actually directs his own music videos. He’s really good at magic.”

The young filmmaker, who is often mistaken for a Filipino, reveled in filming in Macau. “That was the best,” he gushed. “In Macau, you can point the camera anywhere—it’s beautiful to me. ”

Jon loves Chinese films, but his busy schedule in recent years has kept him from watching many. “I try to watch as much as I can,” he said.

“I love Stephen Chow. ‘Kung Fu Hustle’ is one of my favorite movies. He’s brilliant. The stuff that he makes, I would never know. ”

He also praised Ang Lee, who is the most successful Chinese filmmaker in Hollywood. “I remember seeing ‘Crouching Tiger, Hidden Dragon,’” he pointed out. “I was in high school or just got into college. I remember the packed house that was there—and it’s subtitles. I remember thinking, this is crazy.”

Jon is coy about reports announcing that Lionsgate has already hired him to direct “Now You See Me 3. ”

He remarked, “Hopefully, the audience will come out and see ‘2.’ Then, we will be able to do that movie. And the script has to be great. ”