‘Grimm’ actor shows off another talent 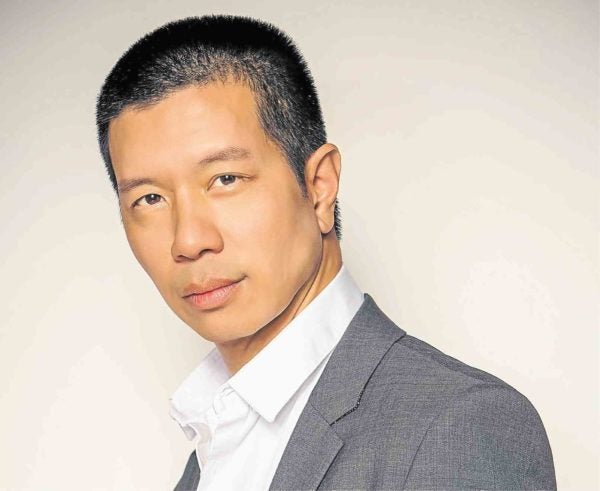 LOS ANGELES—“Grimm” actor Reggie Lee shows off another talent; a Broadway veteran shines; but three actors, one playing a butler/maid and the other two in skimpy costumes, steal scenes.

These are among the highlights of “La Cage aux Folles,” which opened at the David Henry Hwang Theater in Los Angeles on Thursday. We wrote in our Friday column about Jon Jon Briones as Georges in this winning revival by East West Players (EWP), the largest producing organization of Asian-American artistic work in the United States, in partnership with the Los Angeles LGBT Center.

In this column, we feature the other talents in this hilarious yet ultimately moving musical which inspired the hit movie, “The Birdcage.” Tim Dang perfectly chose a rousing show for his last directing gig as EWP’s producing artistic director. He’s stepping down after 23 successful years.  Tim is one of the reasons often cited by the talents as to why they said yes to “La Cage.”

“This is special for me to be able to do this with Tim on his last show as the artistic director of EWP,” explained Reggie, who is on his annual break from filming NBC’s drama/fantasy series, “Grimm.” “Tim asked me two years ago, and I couldn’t give an answer because of my ‘Grimm’ schedule. I’m so happy it all worked out now.”

Reggie added, “This is my sixth collaboration with Tim at EWP. It all started with ‘Follies,’ followed by ‘And the World Goes ’Round,’ ‘Imelda: The Musical,’ which we also did Off-Broadway, ‘Passion,’ ‘A Little Night Music’ and now, ‘La Cage.’

“Oh, this project really reinvigorated my love for the theater!” Reggie enthused. “As much as I love my ‘Grimm’ family, this reminds me where I came from. I started out doing musical theater on Broadway.”

As for choreographing the cast, which includes the actors playing the fabulous Les Cagelles (Christopher Aguilar, DT Matias, Jonathan Kim, Alex Sanchez and Carlos Chang), Reggie said, “These people are 150 percent committed. I’m inspired by them. They make me better.

“[Lead actor] Gedde Watanabe  knew his lines and had prop earrings on the first day of rehearsal. That man is a consummate actor and the sweetest person you will ever meet.

“Jon Jon is an old friend. I had to text him that I’m so proud to call him my ‘friend.’ His talent inspires me.”

Gedde both delights and moves the audience as Albin, the husband of Jon Jon’s Georges and the drag queen star, known as Zaza, of their St. Tropez club. He made his Broadway debut in 1976’s “Pacific Overtures.”

“It was easy finding the relationship with Jon Jon. It was love at first sight,” Gedde quipped. “He’s wonderful in the show.”

On singing this musical’s pièce de résistance, “I Am What I Am”—which has become not only a gay anthem but a rallying cry for people of all races—

Gedde said, “The song was difficult, vocally. The original was a step down, and for a 60-year-old man, it’s like the parallel bars. You want to land it right.

“Emotionally, the song takes care of itself, and you just trust the process. I believe the song resonates universally for all of us, whether you’re gay, Asian, bullied, left out, not invited—a list of things we’ve all felt.”

Cesar Cipriano (as Francis, stage manager, Tabarro, dancer) and Reuben Uy (Etienne, dancer), who are always in the briefest shorts, trunks or underwear, amuse the audience as they dance or as they move the sets.

Reuben said, “I was slated to do another show, but this being Tim’s last production, I wanted to be with him to celebrate his years of service to EWP.

“Cesar already has a great body since he’s a personal trainer when he’s not acting. I, on the other hand had to transform myself to measure up. I worked out every day and underwent [and am still undergoing] a ketogenic diet.”

“Physically, I find them rather comfortable,” Cesar said of the revealing costumes. “Well, my rear end does like to eat those costumes, so once we start doing choreography or movement, they get less comfortable. I’m constantly adjusting them backstage after onstage movement.”

As for their favorite costumes, Cesar replied, “My favorites are the black ones. They are actual underwear, and the least that gets eaten by my rear end.”

Before the musical begins, Cesar, Reuben and Allen Lucky Weaver entertain the audience in a preshow that prepares them for the crazy high jinks ahead. Allen, in drag with the biggest pair of breasts and backside you’ll ever see, croons (in his own voice) hits by the dance divas, from Donna Summer to Beyoncé.

Allen, who plays Jacob, the butler/maid, is a scene-stealer (as Hank Azaria did in “The Birdcage”) and a hoot.

“Night after night, we get to tell an amazing story about love—and it has brought all of us closer,” Allen said.

One of Allen’s attention-grabbing costumes is his maid outfit. “It’s my favorite,” he remarked. “It makes me feel very lady-like. I also love that when I’m in that outfit, I get to share the stage with the Cagelles, and I have the pleasure of listening to Jon Jon and Jinwoo Jung sing.”

Tim recalled casting Allen: “Allen came in through our open call auditions, and he was the very first person to audition. We had at least two other callback auditions with him, and his talent rose to the top…”

On Jinwoo, whose beautiful, crystal clear “bari-tenor” voice is perfect for musical theater, Tim said, “ He got his master’s degree in acting recently. When he auditioned and sang ‘With Anne on My Arm,’ he blew musical director Marc Macalintal, Reggie and me away. It was nice to cast someone new to the community and making his professional debut at EWP.”

On his fitting choice of “La Cage” as his final directing assignment as EWP’s artistic head, Tim said, “Back when we were deciding our 50th anniversary season that would be celebrated over two years, we wanted to do a show that was topical, entertaining and something that would give opportunities to APIs (Asian-Pacific Islanders) who would never have the chance to do these roles.

“And marriage equality was a pressing issue at the time. So, it made sense. And I had always wanted to bring something really special to the musical. I’ve seen drag shows in Asia that are popular with tourists, straight or gay. I wanted to bring that element to our production.”

Tim couldn’t have chosen a better show than “La Cage.” Thanks, Tim, for all the productions over two decades that gave unprecedented opportunities to Asian-Americans in all aspects of theater production. More information about “La Cage,” which runs till June 26, at eastwestplayers.org.