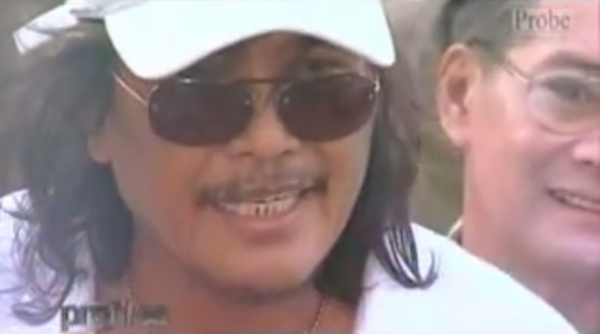 The Court of Tax Appeals (CTA) has ordered the arrest of film director Carlo J. Caparas on a new set of tax evasion cases filed against him by the Department of Justice (DOJ) last month.

In two separate orders made public Tuesday, the CTA Second Division issued a warrant of arrest for Caparas for violation of the National Internal Revenue Code (NIRC), specifically Section 255 or willful failure to file his annual income tax return (ITR) for taxable years 2008 and 2009.

“After personally examining and evaluating the Information, the documents attached thereto and the records of preliminary investigation, the Court finds probable cause for the issuance of a warrant of arrest against the accused,” the Tax Court said.

Caparas is required to pay P20,000 for each count of tax evasion cases, or a P40,000 bail for his temporary liberty.

The case was filed by the DOJ last April after Justice Undersecretary Wendell L. Go on behalf of the Secretary of Justice reversed the resolution of Prosecutor General Claro Arellano that dismissed the complaint filed by the Bureau of Internal Revenue (BIR) against Caparas.

Contrary to claims of Caparas that he filed his ITR for 2008 and 2009, the DOJ noted that based on the documents submitted by the BIR, Caparas filed an ITR for 2010.

“We believe in the veracity and reliability of the sworn BIR statements and certifications because they have been made and issued by the very government instrumentality that is tasked with the collection of taxes in the regular course of performing its functions,” the DOJ resolution stated.

According to actress-producer Donna Villa, Caparas’ wife, they haven’t received word on the arrest order yet. They are currently out of town for the shoot of their latest movie.

She told the Inquirer that she will confer with their lawyer on this matter. “This is an old case. It has been ongoing for five years now,” she added. With a report from Bayani San Diego Jr, Philippine Daily Inquirer/rga

Read Next
‘Jane the Virgin’ star going into ‘Chicago’ on Broadway
EDITORS' PICK
Countries with confirmed cases of coronavirus
Get exciting deals and discounts when you download the new McDonald’s App
China expands lockdown against virus, fast-tracks hospital
‘A greener, cleaner tomorrow’: A how-to guide for Filipinos who want to help with today’s energy crisis
SM continues to send relief assistance to remote towns in Batangas
FlipTop rapper Loonie freed on bail
MOST READ
Taal’s sulfur dioxide emission increases
Seized food items from China tested positive for ASF–BOC
Palace: US Senate move also made Duterte junk VFA
No time for revelry; Tagaytay instead plans for alert level 5
Follow @T2TupasINQ on Twitter
Don't miss out on the latest news and information.