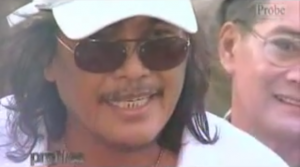 Film director Carlo J. Caparas refused to enter a plea during the arraignment of his P101-million tax evasion case.

The Court of Tax Appeals Third Division then entered a not guilty plea on behalf of Caparas as required under the rules.

Caparas refused to enter a plea due to a pending petition with the Supreme Court.

Caparas is facing a case for violating the National Internal Revenue Code (NIRC) for failing to file Value-Added Tax (VAT) returns for the years 2006 to 2009 resulting in tax deficiencies of P101,819,722.19.

Caparas was investigated by the BIR when a television newscast reported about two television shows funded by the Philippine Charity Sweepstakes Office (PCSO) and produced by Caparas caught the attention of the BIR.

The two shows titled “Ang Pangarap Kong Jackpot” and “Kroko” were apparently part of the P1.3-billion contracts entered into by PCSO and Caparas, for which he received a total of P850.95 million from the years 2006 to 2009.