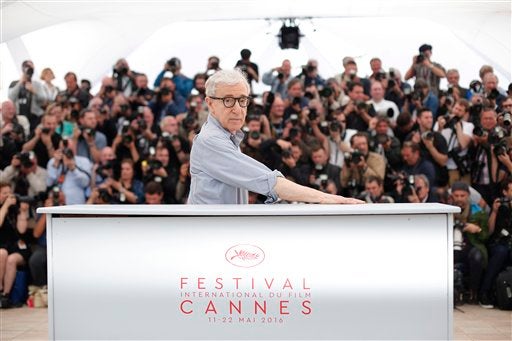 CANNES, France — The latest explosion of allegations against Woody Allen has returned moviegoers to a familiar place: debating the ethics of watching — and possibly loving — Allen’s films. This time, much of the soul searching is being done by film critics and reporters.

The column by Allen’s son Ronan Farrow, posted Wednesday hours ahead of the premiere of Allen’s “Cafe Society” in Cannes wasn’t just a reiteration of the decades-old claim that Allen molested his daughter, Dylan when she was seven. It was an argument for the entertainment industry, where pursuit of celebrity access often trumps journalistic duty, to reevaluate how it handles lingering allegations of sexual abuse that lack the clarity of a legal judgment.

“Confronting a subject with allegations from women or children, not backed by a simple, dispositive legal ruling is hard,” wrote Farrow. “It means having those tough newsroom conversations, making the case for burning bridges with powerful public figures. It means going up against angry fans and angry publicists.”

Farrow’s column followed an in-depth interview with Allen conducted by The Hollywood Reporter — one of the first Allen has granted since Dylan Farrow renewed the allegations in a 2014 New York Times op-ed — in which the allegations weren’t brought up. Farrow called it “a sterling example of how not to talk about sexual assault” and warned of the powerful public relations apparatus around figures like Allen that discourages discussion of such issues.

His arguments have resonated for many in the media.

Melissa Silverstein, founder of the Women in Hollywood blog, wrote a column in the Guardian titled “Why I won’t be seeing Woody Allen’s new film.”

“I would like to counter society’s seeming determination to disbelieve victims. And I wish the film industry would too,” wrote Silverstein. “Refuse to buy tickets to films made by people with assault accusations against them. Make that behavior and worldview unacceptable. I will start by not seeing ‘Cafe Society’ and urge others to do likewise.”

Nina Metz for the Chicago Tribune also said she would boycott Allen’s films and his upcoming series for Amazon despite it being “a dicey position to be in when you cover TV and film.”

“Collectively we have shunned the work of Bill Cosby, and I wonder, is it because so far 60 women have come forward with stories of rape at his hands?” wrote Metz . “Does Allen get different treatment from us because just a single person — his child — came forward?” 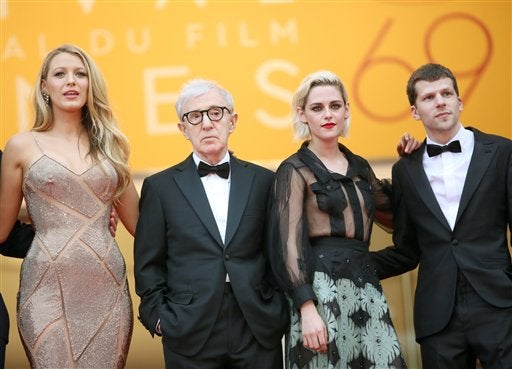 There is a question of how much more there is to say on either side, given that there’s no action pending for any of the individuals involved. Allen has steadfastly denied the allegations and in 2014 penned a lengthy response that he said would be his final word on the matter. When asked by reporters Thursday about Ronan Farrow’s column, Allen said he hadn’t read it and had nothing further to say.

Some of Allen’s cast members, including Kristen Stewart, have been asked about whether they weighed the accusations in joining “Cafe Society,” a light and comic 1930s Hollywood romance due out in July. At a press conference in Cannes shortly after Farrow’s column was posted, journalists who asked the 80-year-old filmmaker questions chose not to broach the subject.

Matt Zoller Seitz, editor-in-chief for RogerEbert.com, wrote movingly and intelligently of his balancing act as a critic.

“I believe Woody Allen is one of the great American filmmakers. I believe Dylan Farrow when she says Allen molested her as a child,” Seitz wrote . “The two thoughts are not mutually exclusive. But they are painful to reconcile.”

Seitz acknowledged he may not be watching Allen’s older films anymore, and that indelible moments in his films — like the nighttime park bench scene of “Manhattan” — now have “a mental asterisk” attached to them.

“He’s a major artist. I’m a critic. I need to keep track of what he does on film,” wrote Seitz. “It’s a professional obligation, and if I ruled out the work of directors, actors and writers I disapprove of personally, I’d be blacking out a fair chunk of cinema history.”

Farrow pleaded foremost that alleged abuse victims like his sister, Dylan, should not be forgotten and her allegations should not go unnoted when Allen is feted at Cannes or sits down with a reporter to discuss his life and career — essentially that the asterisk remains attached to Allen.

In a battle that has always been waged in the press, it has prompted self-analysis for those who usually ask the questions and do the analyzing. TVJ