LOOK: Taylor Swift’s doppelgänger at the ‘Land Down Under’ 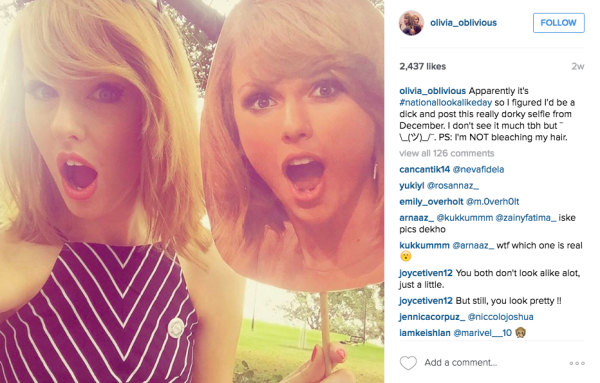 Social media is abuzz with photos of 19-year-old Sturgiss, as many pinpoint her as the pop singer’s ‘mirror image’. Many people who bumped into her notice her striking resemblance and often mistake her for the Grammy-award winner.

She became an online sensation after she attended Swift’s Melbourne concert last December. Her fame is still steady after she was recently featured in recent TV guesting in the country.

In an interview with Daily Mail Australia, Sturgiss said that she experienced days where strangers simply stop and take photos of her. In fact, she already has nearly 50,000 followers on social media site Instagram. Not only has she bagged a handful of fans, she even said that a modelling agency is eyeing her to work with them.

To prep up her unique ‘Swiftie’ look, she even copied the singer’s signature haircut, eyeliner, and lipstick color.

According to Daily Mail Australia, Sturgiss has optimistic plans to be the next ‘big thing’ in Hollywood in the future.