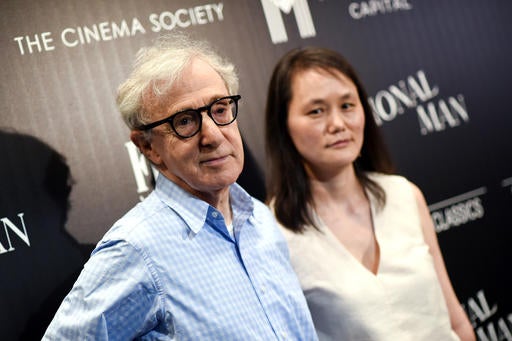 LOS ANGELES — Woody Allen says in a revealing interview that he has made wife Soon-Yi Previn’s life better and the controversy that surrounded the couple in the 1990s hasn’t traumatized him.

Allen tells The Hollywood Reporter in an interview posted online Wednesday that the 45-year-old Previn had a difficult upbringing in South Korea before being adopted by Allen’s former girlfriend Mia Farrow.

Allen says he has “been able to really make her life better” by providing her with “enormous opportunities.” He tells the magazine that she’s “very sophisticated” now and has “become a different person.”

The 80-year-old director adds that he stayed “immune” from the criticism surrounding the beginning of their relationship by continuing to work.