An open letter to our next President 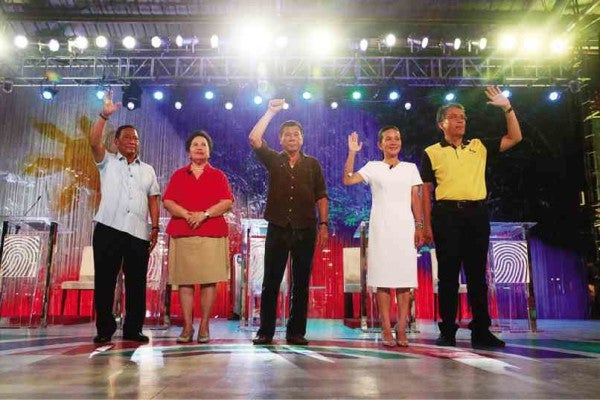 Before writing further, allow me to congratulate you on your victory in these last elections. This one is hard won; this campaign season was one of the most divisive this country has ever seen.

Facebook feeds have been filled with negative posts and vitriol, with everyone drawing lines in the sand and taking sides. I wouldn’t be surprised to find out that friendships have been broken as a result of this year’s election, despite the lifetimes that those unions have lasted.

However, the people have now spoken with their ballots, and you have emerged the winner. Hopefully, the fever generated on social media and elsewhere will now cool down, and that things will return to something closer to normal.

Allow me, please, as an ordinary citizen of this country, to offer my own two cents.

Of course, it is your prerogative to ignore everything this missive contains. This is not intended to tell you how to do your job, but rather to share the desires of my heart as one of the millions yearning for a brighter future for the next generation. I may be showing my naïveté, but kindly allow me a few minutes of your time.

Firstly, please decentralize the congestion in Metro Manila. Surely as a nation of 7,107 islands, Metro Manila cannot be the only place where the manna has fallen. Can’t the opportunities for jobs and education be spread everywhere?

As a result, perhaps the traffic situation that many from Metro Manila complain about will improve, because there will be less people flocking to this metropolis as the perceived central location for work.

Speaking of traffic, if the previous administration had a really good public transportation plan, please consider its merits.

Millions of commuters depend upon the rail and bus systems to get them from place to place. If there are ways to make sure that our commuters get to their destinations safely and expeditiously, including the maintenance of all these systems, and the roads that everyone uses, that would put smiles on their faces.

On that note… if there are programs, infrastructure or personnel from previous administrations that are actually working, it might be a good idea to have those things stay on, and maybe get reinforced.

The Cultural Center of the Philippines (CCP), for example, is a building built during the Marcos administration, and has remained as a premier location for stage plays, concerts and other cultural presentations. It is also in need of care. I’ve seen it glorious, and I’ve seen it in less than pristine condition.

Many artists and art companies call this place home. Given that the Filipino artist has been hailed all over the globe as “world-class,” it might be a good idea to nurture the arts in a world-class home.

A society can be judged on how it treats its artists. The late US President John F. Kennedy himself said, “I am certain that after the dust of centuries has passed over cities, we too will be remembered not for victories or defeats in battle or in politics, but for our contribution to the human spirit.”

After all is said and done, just know that I shall support you because of the office you now occupy. Whether or not I actually voted for you is at this point irrelevant. I shall presume that you have the absolute best interests of our country and countrymen at heart, and will do everything in your power to

effect actual, tangible, visible change—the kind of change we have all been desperately craving for.

The word “change” means something different to different people, though… To some, it means the end of systemic corruption, horrible traffic snarls and feeling taken advantage of. To others, it means not having to leave one’s family to find work abroad, being able to walk safely at night and having access to good health care and education.

It’s a pity that you have such a short time period in which to provide all this. But know this: I know that you by yourself are not a miracle worker. One administration will not be enough to turn things around 180 degrees. That would be impossible.

Thank you very much for reading.