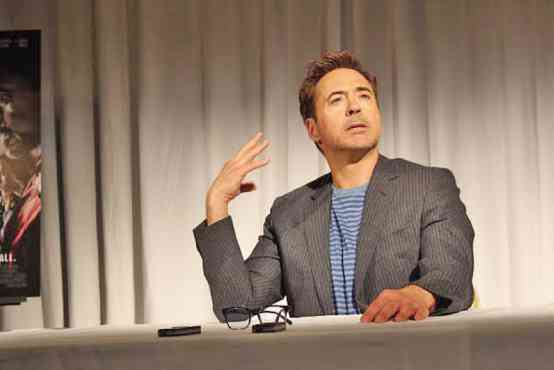 THE MANY faces of Robert Downey Jr. PHOTOS BY RUBEN V. NEPALES

LOS ANGELES—“I know I want to direct,” revealed Robert Downey Jr., fun and chatty in our latest conversation. He was in a good mood. When he’s not, as in a previous talk, he is glib.

This time, Robert, in a striped suit, was relaxed. He took off his tinted glasses (he likes to collect them) and settled down in a room at The London West Hollywood.

Before he seriously pursues his ambition to go behind the camera for the first time, Robert said he has at least three movies he’s slated to act in: “I’ve got a couple more Marvel films in the contract, and I’d like to do a third ‘Sherlock.’”

After those films, the 1993 Oscar and Golden Globe best actor nominee for Richard Attenborough’s “Chaplin” hopes to add director to his credits. “While I still have a little bit of juice or cred, I’d love to do that.”

His wife of 11 years is producer Susan Downey, with whom he has a son, Exton, 4, and a daughter, Avri, 1. Robert has a 22-year-old musician son, Indio, with his ex-wife, singer Deborah Falconer.

“For me, I don’t want to say [I’ll] reinvent myself. But I will start taking on more,” he said.

Robert survived a downward slide in his personal and professional life due to his drug addiction and run-ins with the law. Sober since 2003, Robert enjoyed a Hollywood comeback and, fortuitously, met Susan to share his new life with. 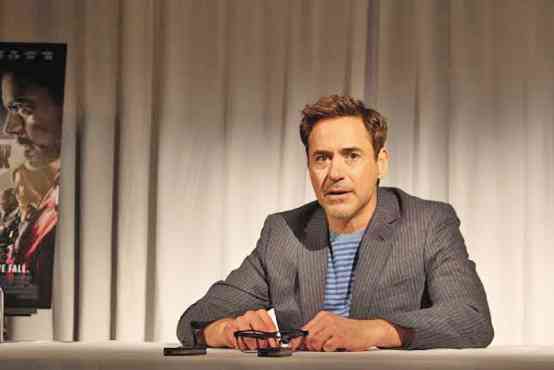 “I’m completely dependent on my wife,” he quipped with a smile. “It’s just so fun to just get into their (children’s) world. It’s 9 o’clock, and it’s time to go to bed. Exton wants a sip of soda. I’m like, ‘Let’s have a sip of soda, mom.’ Susan is like, ‘What are you doing? He’s going to be up all night.’ So, again, God bless her for creating the boundaries there.”

After several “Iron Man” and “Avengers” hits, he’s back as Tony Stark/Iron Man in “Captain America: Civil War.” The franchise movies apparently suit him just fine at this time in his life and career. Although he did make the 2014 drama, “The Judge,” which he and Susan produced, and which netted Robert Duvall Oscar and Golden Globe best supporting actor nods.

“I’ve never been much for going out and aggressively trying to plan what my career trajectory was going to be,” he said. “I know that because Kevin Feige (‘Captain America’ producer) and the directors continue to be people that I genuinely like. They’re artists. Because we have a 4-year-old and an 18-month-old, and because I’m not young anymore, it has wound up being the perfect situation for me.” 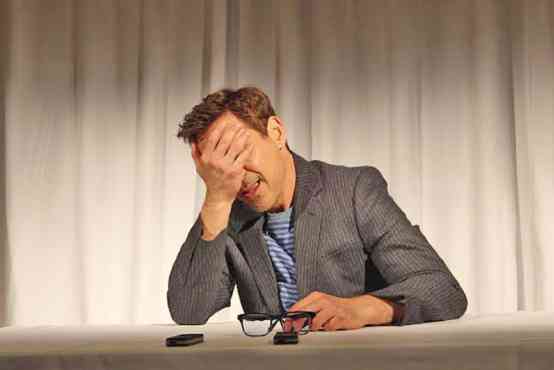 Then he grinned as he added, “That said, when I go on to do a string of $2-million indies that I have written and directed, I hope you’ll be kind to me. Just don’t make me feel like a schmuck for trying something different, please.”

“I’m the first person who can be [my own] judge and jury,” he declared. “I will take myself to task pretty often, but I realize too that the best place to start is from a place of gratitude. The missus and I went off and made ‘The Judge.’ I thought, ‘oh, I’m doing a real movie now.’”

“But it was the exact same vibe as doing the next Marvel movie. Sure, there was more content in some of the scenes, and I got to work with the great Robert Duvall and I’ve stayed friends with Vincent D’Onofrio and Jeremy Strong. But I could say the same about this (“Captain America”).

“For someone who’s in his early 50s, I still feel pretty young and inexperienced,” he admitted. “The problem is, I’m also picky. When I have a choice between doing something that may or may not be executed particularly well, then doing all the festival circuits or changing a beautiful little blue-eyed girl’s nasty diaper, it’s a tough call for me.” 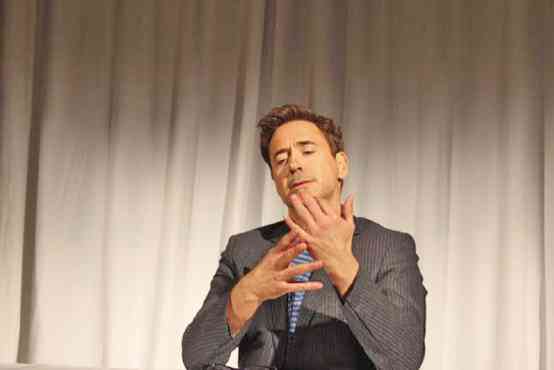 On what made him the man he is today, Robert asked aloud, “What does being one’s own man mean?” He shared, “That’s the weird thing about having some success in this town. It’s a false energy. It’s this imagined status.

“As far as being my own man, I thrive best when I’m a worker amongst workers. I like being part of a community. Anybody who demonstrates good leadership characteristics is someone who is able to listen and learn.”

Looking back on how he managed to rise again and if he feels any pressure, especially from people who are watching if he’s able to stay on a straight path, Robert said, “Everybody rises from their ashes many times in a lifetime. When I seek to understand other people, you realize that when it’s [their personal struggle] not public, it’s almost like, everything should be public because then we’d really know each other.

“As far as pressure, if I’m thinking in any morose way about yesterday, I’m just inviting a faux depressive attitude.”

Questions about his kids lit up his face. He enthusiastically volunteered, “First of all, I have a daughter, and she’s just great. I changed her diaper today, and it was a hot mess (laughs). Having gone through [fatherhood] 20 plus years ago and then, in the last four years with a boy, what you do is pretty cut and dry.

“The rules are reversed with a girl. She’s delightful. Yesterday morning, she was eating pasta and decided she wanted to share it with me. I just woke up. I couldn’t deny her. I almost barfed about an hour later, because we shared a bowl of dry pasta, which she’s crazy about.”

As for Exton, the dad broke into a grin again as he recounted, “I was training this morning with this gal who does this Tracy Anderson bandercise. Exton came in. I said, ‘Exton, would you like to take a bath?’ He said, ‘Yes, dad, I should probably take a bath because my nuts are itchy.’ I have to sit this kid down and tell him we don’t talk about our nuts when there’s a girl in the room (laughs). So obviously, I’m battling a thousand issues in the parenting department.” 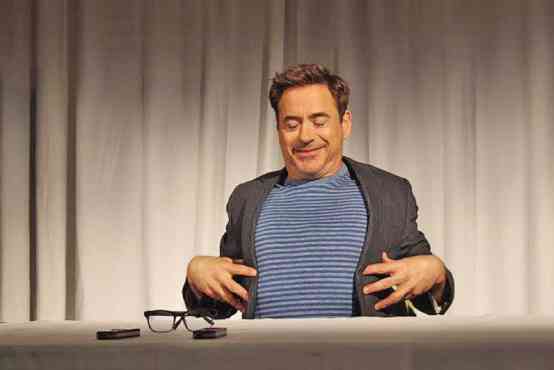 Iron Man is anticipating another family role someday. “I’m sure I’ll be a grandparent at some point. I am looking forward to that.”

Complimented about his youthful looks, the man who turned 51 last April 4 said, “Trust me, I do not have the face of a baby. I said it yesterday—it would not be terrible to wake up tomorrow morning and say, ‘Oh, my God, I’m Chris Hemsworth! I’m going to go surfing.’ But I could say the same thing about Mark Ruffalo.”

A question about interacting with a young actor like Tom Holland, who appears as Peter Parker/Spider-Man in “Captain America” and has a promising career ahead of him, including his own Spidey movie, “Spider-Man: Homecoming,” prompted Robert to be nostalgic. Robert recalled when he himself was in his early 20s and worked on “Chaplin” with Attenborough who died in 2014.

“I have this little gym on the property,” he began. “I recently pulled out this old poster of the first day of shooting [of ‘Chaplin’] showing Richard Attenborough and me… I was transported back.

“Obviously, I had this mentorship with this brilliant, loving man. I realized Richard was 62 when we shot ‘Chaplin.’ So I start going, Oh my God, I’m 51. In 11 years…

“Back then, if you asked, ‘Who’s Richard Attenborough?’ I said, ‘He’s the oldest man in the universe.’ He is like my great-great-grandfather, and I’m perfect and young.

“He invested me with more of an education in the craft of acting than I could ever have calculated. So, anyway, it gets me thinking and I’m not saying that I’m some big mentor for anyone else.”