Charlie Puth to return to Manila on August 14! 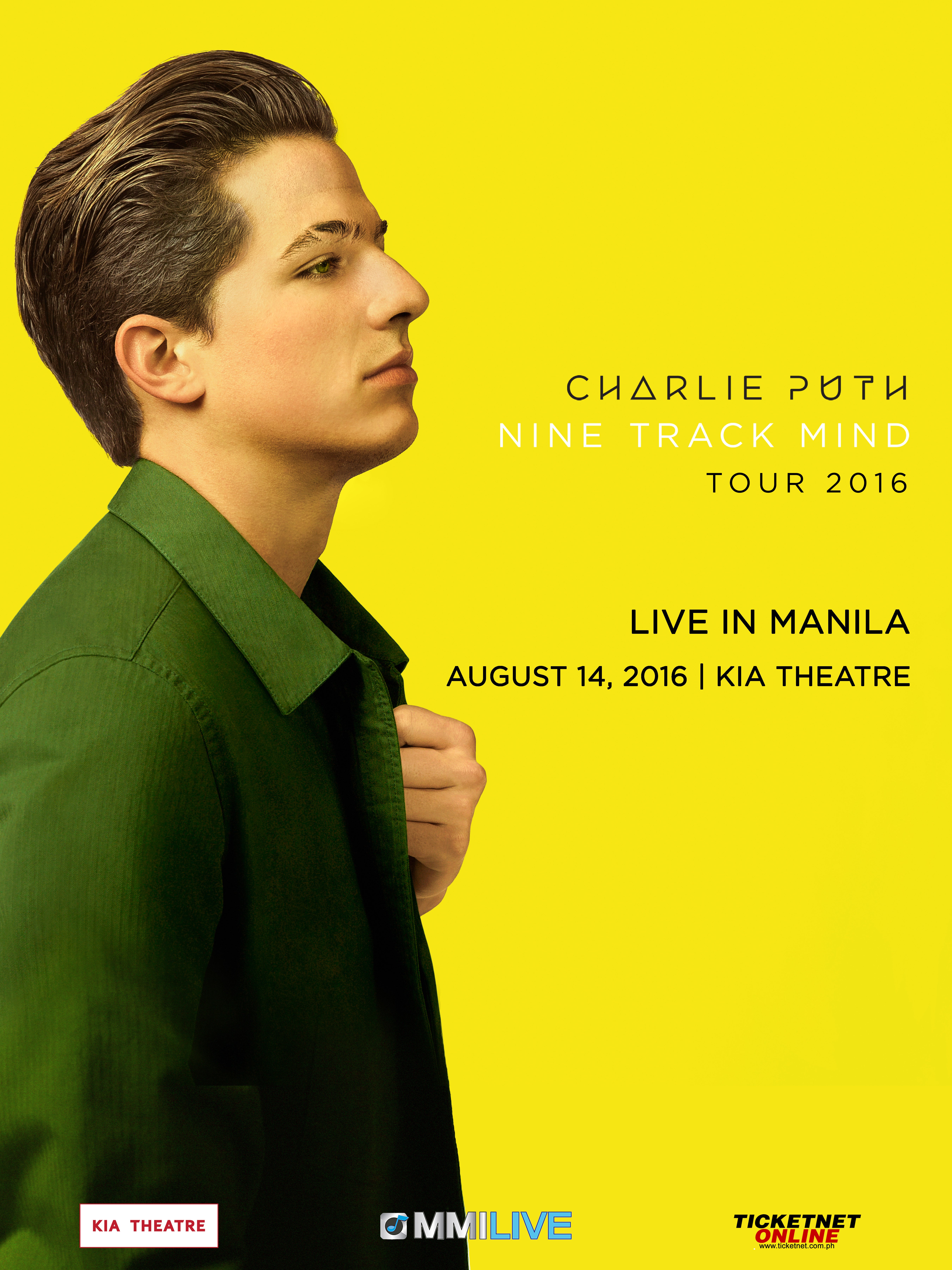 Manila will be enthralled again as the voice behind the hit songs “Marvin Gaye”, “See You Again”, “One Call Away”, and “Suffer” — Charlie Puth takes the stage on August 14, 2016 at the Kia Theater.

In support of the pop singer’s debut album, Nine Track Mind – it’s worth looking back at the extraordinary ride this multi-talented vocalist, musician, producer, and versatile songwriter has been on ever since 2014.

Signed with Atlantic Records, he co-wrote, co-produced, and featured on Wiz Khalifa’s Furious 7 ballad “See You Again” — a 4x-platinum smash that topped the Billboard Hot 100 chart for 12 weeks, tying the record for the longest run at No. 1 for a rap song, and became No. 1 in over 100 countries, while its video racked up more than a billion YouTube views. He followed that up with the British chart-topper “Marvin Gaye,” featuring Meghan Trainor, which gave Puth another platinum record and his second Top 40 hit in the U.S.

In 2015 he ended up with an array of accolades including two Teen Choice Awards, a Hollywood Film Award, two American Music Award, MTV Video Music Award, and MTV Europe Award nominations, plus a Golden Globe nomination for ‘Best Original Song’. Puth also received an impressive three GRAMMY nominations including the coveted ‘Song of the Year’ category that specifically recognizes songwriters.

Along the way, Puth wrote and produced songs for an array of A-list pop and urban artists, including Lil Wayne, Jason Derulo, Stevie Wonder, Trainor, Trey Songz, and Fergie, among others. Entertainment Weekly called him “the next big thing in music,” while Forbes predicted Puth would become “a global superstar” — a forecast that seemed to be borne out during his promo tours in Europe and Asia, complete with the paparazzi chasing him in France and thousands of fans screaming for him in the Philippines. “I couldn’t believe that many people knew me as an artist,” Puth marvels. “I played for 7,000 people in the Philippines, and they knew every single word to all of the songs, even the ones that haven’t come out yet.”

As to his debut album, Puth says “The album reflects me as a person by showing how closed off yet open I can be with people,” he says. “Even though I don’t appear shy times at times, I do consider myself to be a pretty shy person. This is very personal music and I’m opening myself up by sharing it with the world.”

In addition to the sultry “Marvin Gaye,” which Puth says he wanted to be like musical courage for an unassuming guy like him, every song on the album was written to express something he was feeling at the time, whether it was concern for a friend he couldn’t be there for in person because his hectic schedule (“One Call Away”), loving someone although he knew it wasn’t smart (“Dangerously”), or overwhelm from the pressure of trying to finish the album (“Losing My Mind”).

Nearly every song was initially produced in his bedroom, though he did collaborate with a few select songwriters and producers. “My Gospel” was written with Nashville veteran Josh Kear (Carrie Underwood, Luke Bryan). He also worked with accomplished songwriter Breyan Isaac (David Guetta, Pitbull) on the sexy track “Suffer” about the pain and torture you go through when someone you want to be with is playing hard to get. As the final touch on the album, Charlie’s good friend and pop singer Selena Gomez added her vocals to the song “We Don’t Talk Anymore,” which is about cutting off all communication after a break up. “I played this song for Selena and she loved it.”