Gloc-9 defends self from bashers after performing at Binay rally 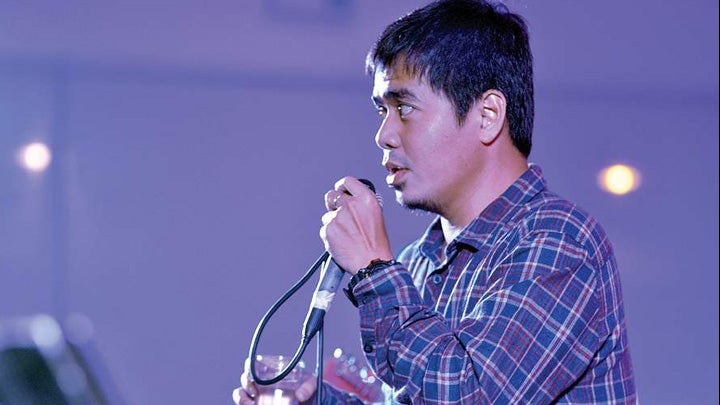 Gloc-9, who is known for composing songs touching on social issues, posted his statement on his Facebook page after people responded when he was seen performing songs at the proclamation rally of Binay’s dauther, Abby, who is running for Makati mayor.

He received flak for what he did, with some fans asking him why he chose Binay, who is accused of corruption. Others said he had failed them, especially since they idolized him because of his songs. Several mentioned his song “Upuan,” which tackles greed and the insensitivity of those in power.

Gloc-9 said his management asked him not to speak on the issue but he could no longer stay silent.

The rapper said that he respects the views of other people even if their words are hurtful.

(I apologize if I am not able to please you and to those who say that what I did can’t be just work, because this is what I do for a living.)

(I have performed for different candidates and I guess you just don’t like one of the candidates I performed for. Candidates are like everyone else accused of various things but I wish all of them good luck in the coming elections. I hope the one who wins will truly serve and lead the nation.)

Gloc-9 said that if his critics are proven right, he would like to apologize not to them but to his children.

Gloc-9, a ‘simple, passionate fan,’ works with his idols