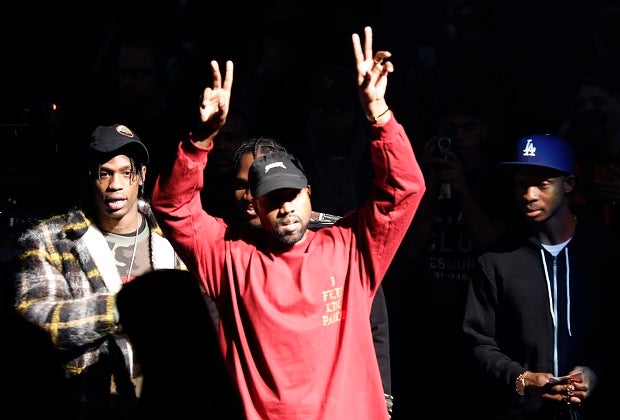 Kanye West gestures to the audience at the unveiling of the Yeezy collection and album release for his latest album, “The Life of Pablo,” Thursday, Feb. 11, 2016, at Madison Square Garden in New York. AP

NEW YORK, United States — Rap superstar Kanye West is showing his religious side by releasing a prayer in the form of a Gospel track to celebrate Easter.

READ: Kanye’s lyrics about Taylor Swift ignite new controversy | Kanye West Is Making a Video Game About His Mother and We Should Be Excited

“Father, this prayer is for everyone that feels they’re not good enough,” Franklin says, building up to a rousing, “That’s why we need a little more — faith!”

“Ultralight Beam,” which featured prominent Chicago artist Chance the Rapper, blends mellow hip-hop and Gospel as West reflects on his faith, with the title an apparent metaphor for a connection to Heaven.

West — best known in pop culture for his flamboyant self-confidence and marriage to reality television star Kim Kardashian — has often spoken of his Christianity, with his first album “The College Dropout” featuring the hit “Jesus Walks.”

West gave out his latest track for free on SoundCloud, a frequent outlet for the prolific rapper who recently vowed to record three albums a year.

But West put out “The Life of Pablo” exclusively on streaming service Tidal and, in a sharp break with the conventional concept of an album release, has continually fine-tuned it since it went live.