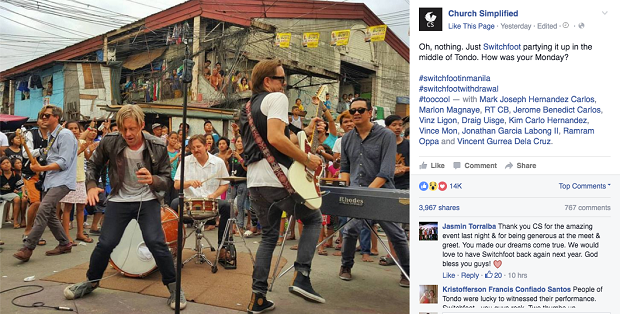 A photo of Grammy award-winning band Switchfoot performing in a community in Tondo, Manila has since gone viral.

Netizens said that the band’s performance in Tondo was for intended for a music video for their upcoming album.

Foreman, the band’s frontman, announced during their concert last Sunday that they will be shooting a music video in Manila.

The band is behind the hit songs “Dare You To Move,” “Stars,” “Meant to Live” and “Learning to Breathe.”

Switchfoot first performed in the country in 2007 and returned in 2011. AJH/RAM