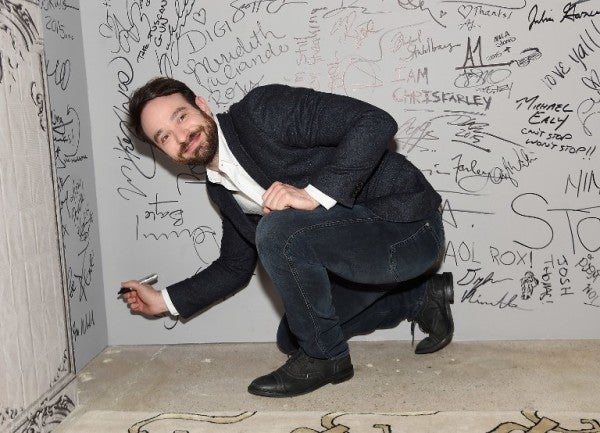 LOS GATOS, United States—A cheer exploded as comic action hero Daredevil burst from a “war room” on the Netflix campus and dashed to nearly every country in the world the instant Friday arrived.

Elated engineers turned their attention back to computers on long tables to make sure the just-released second season of the blockbuster Netflix original show was streaming to smartphones, tablets, consoles, televisions or any other kind of device used to connect with the on-demand service no matter where on the planet they might be.

“What we are dealing with now is inventing Internet TV,” said Ken Florance, Netflix’s vice president of content delivery, while providing a behind-the-scenes look at how the company efficiently gets massive digital video files to subscribers.

“I really think of it as being a nascent thing. We are just tapping the potential of what people love: being able to watch what they want, when they want.”

As Friday arrived in the “Daredevil” themed war room, real-time data displayed in a graph on one wall showed that binging had started.

In one corner, Charlie Cox, the actor who plays the hero, was on Twitter, caught up in a storm of tweets from fans.

“Internet TV is just going to get better and better,” Netflix co-founder and chief Reed Hastings told journalists gathered for the launch.

“More choice, competition between many more players and incredible content.”

Netflix early this year significantly expanded its global footprint to 190 countries, making its Internet TV service available in 130 new markets including India — but not China.

“We are continuing to learn more and work with partners, and develop relationships, but we have no fixed time line,” Hastings said of Netflix efforts to offer its service in China.

Other countries without the service include North Korea and Syria due to US government restrictions on American companies, Netflix said.

Netflix, which began as a mail-order DVD service but is now producing award-winning original content alongside its offering of older shows and movies, launched in 2007. Now, 75 million subscribers pay a monthly fee for unlimited service.

Emmy Award statuettes won by Netflix for original shows were on display in a lobby at the company. Rooms in the California headquarters are named after films, and casual work spots included stuffed chairs in front of a long, natural gas fireplace.

The so-called war room was ringed with television screens monitored by members of the Netflix team who checked sub-titles or dubbing of “Daredevil” episodes.

“We want to make sure every country is working the way it’s supposed to when we turn it on,” location team language manager Katell Jentreau told Agence France-Presse as she eyed an episode with French subtitles.

“Technically, it can be pretty tricky so we need to make sure everything looks okay.”

Netflix was aware that people in some countries have been disappointed that everything in the US catalogue of content is not available to them, and that there are languages missing from the translation line-up.

Netflix was intent on getting rights to deliver all of its offerings to more countries while also backing original films and shows by local talent around the world.

“We know what everyone wants, which is the same catalogue around the world,” Hastings said.

“We are frustrated we are not there but we will get there before anybody else.”

While Netflix spans the globe, content is in English, subscriptions are priced in US dollars, and accounts call for international credit cards, according to the chief executive.

“In many senses we are barely launched in many countries of the world,” Hastings said.

“We have a long way to go to get where we want.”

The company has been shifting from recycling old shows and movies to producing more original content, with its shows such as the award-winning “House of Cards” and “Orange Is the New Black.”

“We learned that the consumer around the world wants on-demand television — click-and-watch,” Hastings said.

In 2016, the company plans to release more than two dozen new and returning original series, two dozen original feature films and documentaries, as well as its own stand-up comedy specials, along with original children’s programs.

The service is ahead of key rivals in streaming such as Amazon and Hulu, which have also begun to produce original content.

And it has lofty goals.