Telling the real from the fake 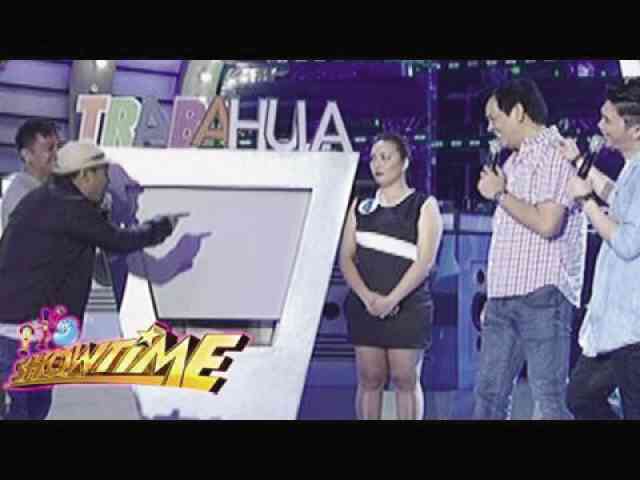 For some weeks now, we’ve been watching “It’s Showtime’s” “TrabaHula!” game and quiz portion, a “What’s My Line?” revival and local adaptation that requires celebrity contestants to demonstrate their ability to tell the real from the fake.

Specifically, four people are presented to them who could be a pilot, jockey or a bus conductor, and the celebrity is rewarded for choosing the authentic “pro” from the field of pretenders.

In the past, we were impatient with some of the celebrity players, because they went more by their “sixth sense” than actual “evidence.”

We felt that they came up with the wrong choice too often, because the key questions they came up with were too generic and easy, and didn’t require the specialized knowledge of the genuine professional worker to answer correctly.

Well, a couple of weeks ago, celebrity players Isay Alvarez and Joel Torre finally got it right: They asked the panel of four (female) “commercial aircraft pilots” what kind of fuel was used to power the airplanes they flew!

Caught off-guard by the specificity of the question asked, one of the “pretend” pilots wanly replied—“Depende…”—! That brought the house down—and viewers mentally eliminated the hapless and clueless poseur.

Other panelists also came up with insufficiently specific responses like “diesel,” which also made them “question marks” in viewers’ estimation—and only one woman in the panel gave the actual code name for the aircraft fuel required.

Naturally, she was correctly identified as the real pilot, so kudos to Joel and Isay for astutely framing their question to trip up the clueless pretenders.

We hope that other celebrity players will similarly take time to frame their questions and ask for specific information to prove that the workers are who and what they swear they are!

Other notes: The game and quiz segment’s hosts tend to talk up too much of a joking and punning storm, calling too much attention to themselves.

We know that they’re doing it to keep the portion lively and “fun,” but many of their “funny” comments don’t hit the comedic spot—so, more selective “humor” is decidedly in order.

Aside from the celebrity players and segment hosts, the members of the “pretend” panel should be better chosen and rehearsed, to make the show more interesting and intriguing for viewers and members of the studio audience.

Some poseurs have been too obviously “off” or “wrong” for the occupation up for guessing—so, the show’s talent scouts should be more judiciously preselected to add to the tilt’s “degree of difficulty.”

For instance, the “female pilot” panel could have been stringently prepared for specific questions testing their knowledge about the specialized profession they were supposed to be working in.

To start with, they should have been intelligent or educated enough to “think like a pilot” and quickly assimilate enough specific information to at least answer basic questions related to their supposed work—including the fuel used by commercial aircraft!

That way, none of them would have been caught with their proverbial knickers down and weakly responded with “depende,” “diesel” and such!