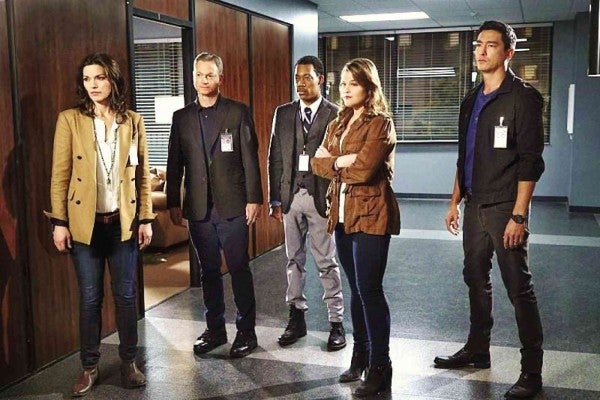 Daniel Henney’s name may not immediately ring a bell. But it’s hard not to have noticed him or heard about him if you’re a Koreanovela aficionado (“My Name is Kim Sam-soon,” “The Fugitive: Plan B”) or a pop-culture enthusiast who has seen his forays into Hollywood’s TV dramas (“Criminal Minds,” “Three Rivers,” “Hawaii Five-O”) and mainstream films, like “X-Men Origins: Wolverine” (with Hugh Jackman), the Arnold Schwarzenegger starrer, “The Last Stand,” and the animated blockbuster, “Big Hero 6.”

The dashing 36-year-old Korean-American actor is also a seasoned ramp, commercial and print ad model whose string of gigs included pitches for Bean Pole International (with Gwyneth Paltrow), Coca-Cola (with Zhang Ziyi) and, yes, for Bench.

“I’ve been to the Philippines many times,” he disclosed in his interview with the Inquirer last week. “In fact, years ago, I shot a campaign for Bench in Boracay and walked the runway in Manila’s fashion shows.”

While Daniel hasn’t really turned his back on modeling, he spends more time acting in front of cameras these days.

In “Criminal Minds: Beyond Borders,” the latest spinoff of the TV series “Criminal Minds” that will premiere on Thursday, March 17 at 9:45 p.m. on AXN, Daniel is cast as Special Operations Agent Matthew Simmons working alongside costars Gary Sinise and Joe Mantegna.

Their characters are members of a special division of the FBI’s Behavioral Analysis Unit that helps troubled Americans abroad. (CBS aired the show’s backdoor pilot in episode 19 of “Criminal Minds” Season 10 last year.)

What sets the program apart from other police procedurals on TV? Daniel said, “The series is made more interesting by the different locations featured in every episode. I was blown away by the beauty of our locations.

“The characters will be seen shuttling from Egypt to Belize to Thailand, etc. We’re dealing with different cultures and protocols when you cross international borders. What we can or cannot do becomes part of the challenge.”

How does Daniel relate to his character? He answered, “He’s a good guy who tries to do his best all the time—that’s his philosophy. He’s athletic like me, but he’s had more experiences in life. He’s a military man who’s had tours of duty in Iraq and Afghanistan—I don’t have that credential in my bag of tricks.

“I spend a lot of time talking to my father, who was in the Navy for four years and served in Vietnam, to understand what it takes for a man like him to carry himself the way he does.”

His modelling jobs are as impressive as his TV work. 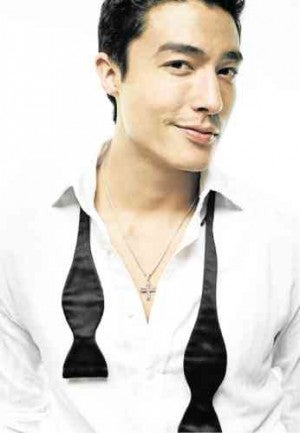 What has modeling taught him that is useful for him as an actor? He said, “Some people have a negative perception of modeling—and I never understood that. For me, it was amazing to start my career with it. It taught me how to move in front of a camera. I was able to travel, gain life experiences and make some money. I learned how to carry myself, interact with people, take responsibility for my actions and be on my own. It made a good person out of me.”

What made working with Hugh Jackman, Arnold Schwarzenegger, Gwyneth Paltrow and Zhang Ziyi eventful for him? He mused, “Tough question. As Agent Zero in ‘X-Men Origins: Wolverine,’ I really enjoyed working with Hugh, because it was my first time being in a film franchise that large—and with that big a star. I fought with him on my first day at work—when we shot my dying scene (laughs)!

“Gwyneth was very sweet. I was super-nervous and I didn’t know what to say to her. It was a Korean production in London, and she was being protected by bodyguards. Nobody was talking to her because, for some reason, the crew thought that it was disrespectful to speak to her. So, when I walked up to her to say hello, she said, ‘Are you gonna talk to me? Thank God.’

“I didn’t have a lot of scenes with Arnold, but he gave me a jacket with his signature as a gift after we finished shooting the movie—that was really cool.

“As for Zhang, I’ve known her for years. I did a TV commercial with her, and came very close to acting in a movie with her. She’s beautiful—and she’s a great actress.”

What would convince him to give up his eligible bachelor status? Does his “selection process” in romance also involve “personality profiling,” the way his character, Matthew Simmons, performs his duties as an investigator?

Daniel laughed as he answered, “That’s a good idea for an app! Unfortunately, I stumbled into this crazy and complicated business, where it’s hard to meet someone simple like me. I’m just a country guy from Michigan. I like simple things—I enjoy being outdoors, listening to music and having barbecue with family and friends.

“I want someone who has a great sense of humor, who isn’t pretentious or too materialistic. She should be a lot of fun to be with, but has a serious side to her.

“Hopefully, in the next three to five years, I’d meet someone great to settle down with. I’ve been doing a lot of traveling in the last 10 years—which makes it hard to establish relationships. I’m still searching!”