LOS ANGELES – The seven-year-old Internet sensation John Philip “Balang” Bughaw, who has a massive following among Latinos, made a guest appearance on the giant network NBC Telemundo’s top variety show, Que Noche! (What a Night!).

Balang, accompanied by his mother Mary Jane and family friend and interpreter Danica Doma, arrived in LA March 8, then flew to Miramar, Florida the following day (March 10 in Manila) for taping at the network’s studios. The segment is scheduled to be aired in July.

“Balang was treated like a superstar, with the red carpet, limousine and all,” Vic Perez, Balang’s LA-based international manager, told the Inquirer on Monday.

The show’s celebrity hosts and other guests, including the Italian pop trio Il Volo, “went gaga over Balang,” said Perez.

The two-hour program is hosted by renowned and beloved Mexican actress and singer Angelica Vale and Raul Gonzalez, one of the most recognized personalities on Hispanic television.

It was Balang’s fourth trip to the US since May last year when he appeared on the Ellen DeGeneres show for the first time.

He caught the show producers’ attention after his dance moves to the pop hit “Bang Bang” by Jessie J, Nicki Minaj and Ariana Grande went viral. 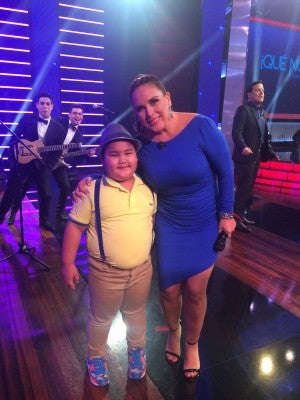 He returned to the award-winning daytime show six months later and again wowed the audience with his dance moves to Beyonce’s “Single Ladies.” He also did a dance-off with the show’s resident DJ tWitch, to “Watch Me (Whip/Nae Nae)” by Silento.

In January, his Shakira-style dance moves to Canadian pop star Justin Bieber’s “Sorry” went viral (currently with 28 million views on Facebook) and again caught the attention of DeGeneres and other celebrities including Bieber himself, who tweeted, “(Balang) kills it.”

Balang was back on the Ellen DeGeneres Show – his third time – last month performing his dance tribute to Bieber. 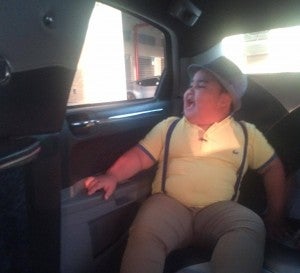 The song is a collaboration among Los Angeles-based musicians Edmund Perlas, Carlo Paulo Ferrer Santos, also known as C-Tru, and a Korean composer.

Perez also said that Operation Smile, a Virginia-based nonprofit organization that provide cleft lip and palate repair surgeries to children worldwide, has asked Balang to be one of their ambassadors of goodwill.

In an interview with the Inquirer, Balang said he started dancing when he was four years old.

“Nobody taught me how to dance,” he said in Filipino. “I just taught myself.” 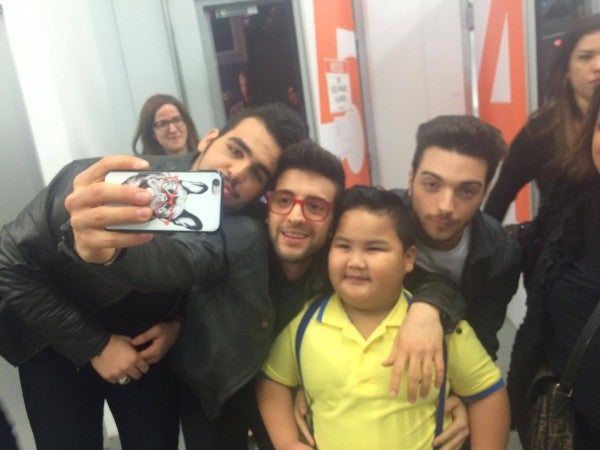