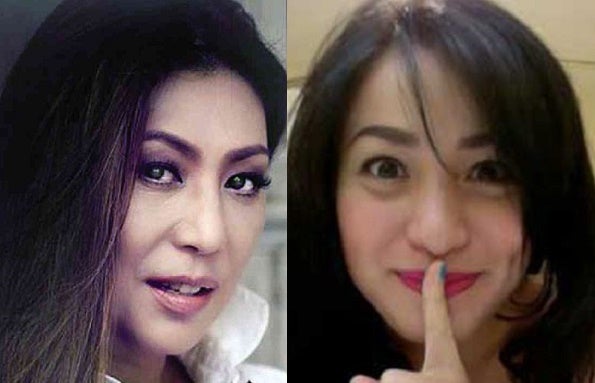 Actress Ara Mina lamented that the spat between “Tubig at Langis” stars Cristine Reyes and Vivian Velez has been “blown out of proportion.”

In a report by the Philippine Entertainment Portal (PEP) on Tuesday, Mina defended her sister Cristine by saying: “I’m disheartened that the issue has been blown out of proportion.”

She said that she was able to talk to her sister, who might give a statement “when she is ready.”

READ: Vivian Velez bolts out of ‘Tubig at Langis’ over Cristine Reyes’ ‘rudeness’ | Alma and Vivian on the comeback trail

Mina also expressed sadness after learning that some people have already passed judgment on her sister without hearing her side of the story.

The 36-year-old actress hopes that Reyes and Velez would be able to iron out their differences and resolve their conflict.

“I hope na maayos ito, and lahat naman ay nadadaan sa maayos at magandang pag-uusap. I’ll pray and wish that everything will be okay between the two of them,” she told PEP.

On Sunday, Velez announced on her Facebook account that she quit “Tubig at Langis” because Reyes was rude to her.

The veteran actress claimed that Reyes would bang doors and shout at her.

Velez has since met with the showrunners of “Tubig at Langis” and has agreed to shoot for three or more days so that her character could have a proper exit from the TV series.