Alma and Vivian on the comeback trail 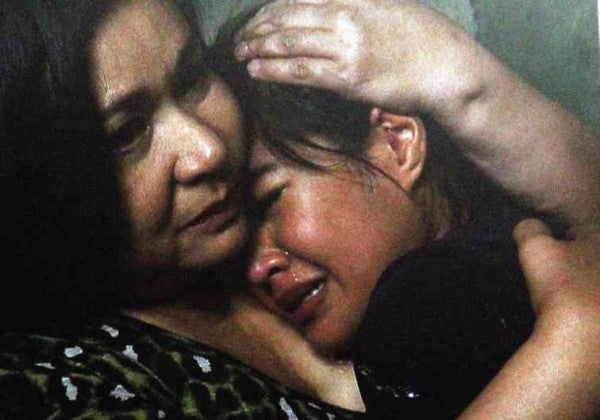 Recently, the big nostalgic TV event was the comeback to acting of Alma Moreno, in an episode of “Magpakailanman,” about a middle-aged woman getting “foolishly” swept off her feet by a handsome loser and user, who ends up kidnapping and raping her daughter (played by Alma’s real-life offspring, Winwyn Marquez)!

Having loved and lost earlier herself, Winwyn tries to warn her mother about her “user” BF, but to no avail—until he forced himself on her, driving her mother crazy!

With a hot and steamy plot like that, you can imagine what “fun” Alma had essaying the teleplay’s sizzling scenes, forthrightly “representing” mature women who still have womanly “needs”!

Her enthusiasm was definitely a plus point for her performance—on the “down” side, Alma was too “pleasingly plump” to register with sufficient dramatic intensity and unction for the TV cameras. If she’s back on TV to stay, she should really try to lose weight, like Aiko Melendez, Sharon Cuneta and other returning mature actresses out there.

They’re decidedly most welcome to act again, but if there’s physically “too much” of them, their performances come off as sluggish instead of properly, melodramatically focused and intense!

Another problem that weighed Alma’s episode down was the predictability with which its plot unfolded. Can’t our scriptwriters get out of the “same old, same old” rut they’re in, and give us plot and character developments that are surprising, instead of boringly by-the-book?

To balance our negative notes on the show, we should point out that the best performance was turned in by Winwyn, who delivered a really felt and textured portrayal of a young woman who tries to save her mother from her nagging sexual “needs”—but tragically ends up as her mother’s crazed ex-BF’s worst victim!

Before this portrayal, we are familiar with Winwyn as a very good dancer on TV variety shows—but her guest stint on “Magpakailanman” made it clear to us that she has it in her to top-bill a daily teleserye.

We hope that GMA 7 takes its cue from this recent “proof” of the young star’s capabilities, and acts accordingly.

Indeed, the network has fielded new drama series stars whose talent is less vital and vibrant than what Winwyn has shown—so tapping her to star in a new drama show should be a “win-wyn” decision all around!

VIVIAN Velez can be relied on to do full justice to any challenging role. Arnold Almacen

As for Alma, she should accept more acting or even singing-dancing offers on TV, the better to remind everyone that there was a time when she starred in many films and top-billed a number of popular musical-variety shows on the tube.

Aside from her, there are other veteran performers who should be seen more often on TV—like Vivian Velez. Vivian started her film career as a bold star who definitely wasn’t shy about sharing her abundant “physical assets” with the randy viewing public.

But, it didn’t take long for directors to realize that she was also a good actress, so they gave her less superficial roles to essay. Later in her career, Vivian was rediscovered by the late, great Marilou Diaz-Abaya, who tapped her to top-bill some truly memorable dramas.

For our part, we’ve been hoping that Vivian will also give stage acting a go (hint, hint). It would also be great to see her play a dramatically dominant character in a new teleserye—because she can be relied on to do full justice to any challenging role assigned to her!