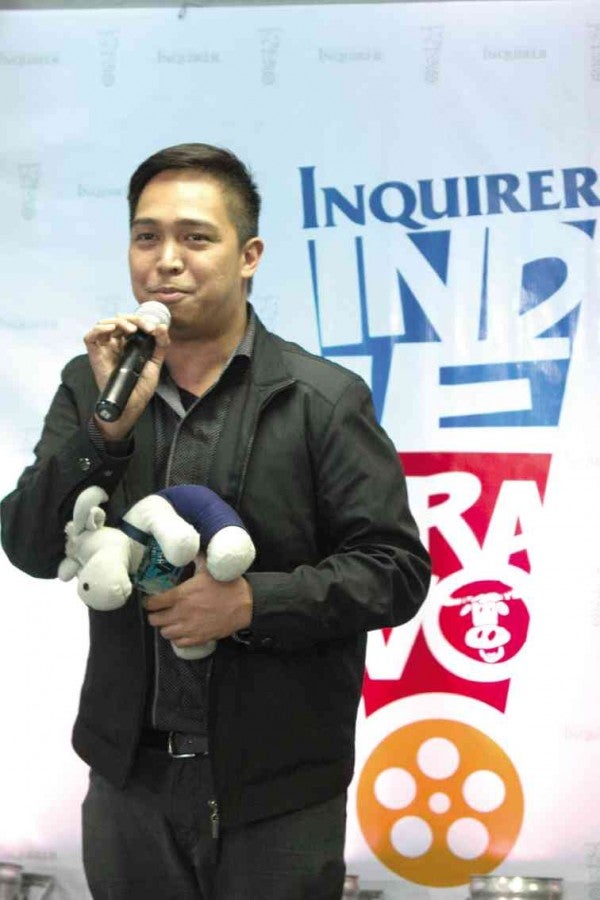 (Updated) Acclaimed film and television director Francis Xavier Pasion was found dead in the bathroom of his house in Quezon City on Sunday afternoon.

Joji Alonso, the producer of Pasion’s Cinemalaya entries “Sampaguita” and “Bwaya,” said that the director was not answering texts and calls since last night.

The director was found lifeless in the bathroom by his parents, Alonso said.

According to initial findings of PNP SOCO, Pasion died of a heart attack, Alonso added. He was 38.

“He has been having chest pains which is why he went to Cardinal (Santos Medical Center) to undergo a medical exam…” said Alonso in a text message to INQUIRER.net.

Pasion, whose last project was working in the hit television soap “On The Wings of Love,” is a multi-awarded independent film director.

His 2014 film “Bwaya” won Best Film in the New Breed Category in the 10th Cinemalaya Film Festival, along with Best in Cinematography and Best Original Score awards.

In 2008, his film “Jay” won Best Film, Best Editing, and the Balanghai Trophy in the Cinemalaya Film Festival. The said film also reaped awards in the Venice, Busan, and Berlin film festivals.

A Communication graduate from Ateneo, Pasion also directed episodes of various ABS-CBN television shows such as “Dyesebel,” “My Binondo Girl,” “Princess and I” and “Nathaniel.” Reports from AJH and Bayani San Diego

Read Next
Talent manager ‘Angge’ critical after ‘massive’ heart attack
EDITORS' PICK
House energy committee chair Arroyo bats for cheap electricity
Karding damage to infrastructure at P23M
Bongbong Marcos says PH ‘open for business’ with new Clark Airport terminal
Individuals affected by ‘Karding’ now over 157,000
Reignite your passion with the vivo Y35
Newbie gamers are in for a treat with the power-packed feature of vivo Y16
MOST READ
Angelica Panganiban ‘duguan, sugatang mom’ one week into breastfeeding
LPA enters PAR, may develop into tropical depression
Badoy not with Office of the President, NTF-Elcac, under Marcos admin — solon
Charges readied vs gov’t guard with P290-M deposits
Don't miss out on the latest news and information.