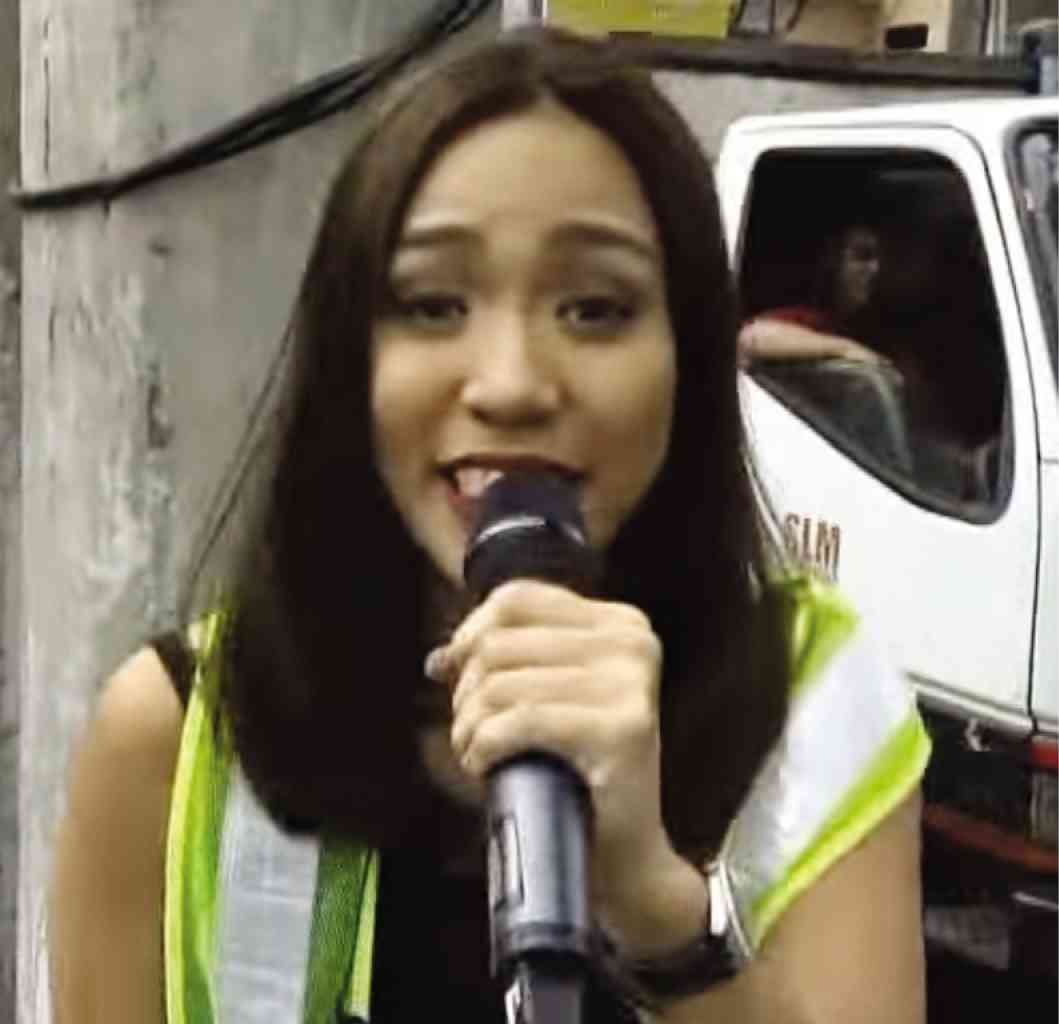 ROGER SABIDO, businessman: “For me, Maricel Soriano is versatility personified. She is equally effective in comic and dramatic roles. My wish for Maricel is for her to topbill a primetime teleserye again on ABS-CBN, where she truly belongs. Her recent films haven’t done her justice. They were mostly forgettable and didn’t show how good an actress she truly is.”

Raffy Capillan, student: “‘Eat Bulaga’s’ ‘Traffic Diva’ is a feel-good segment that I look forward to watching. Hats off to its talented and feisty host, Aicelle Santos, and to the people behind this very Pinoy segment.”

Maria Lourdes Dolino, televiewer: “I caught some of Karen Davila’s comments on the first presidential debate and was surprised that she seemed to have more to say about how it fell short of being a real debate and how the hosts handled some parts, and less about the presidential aspirants’ performances.

“While it’s true that it was not conducted like a real debate, I doubt if that would have been feasible under the circumstances—and whether it would’ve been the best way to do it. The candidates have different debating skills and experience, which rendered the playing field uneven. Sure, it could have been better, but it was not as bad as some people say it was.”

Bem Peñaflor, housewife: “Julia Montes is believable in her dual portrayal of twin characters in ‘Doble Kara.’ She makes her characters appear different from each other through the impressive changes in her looks and vocal projection.”

Chiqui Santos, housewife: “Where was Nora Aunor at the two-hour ‘Tribute to the Master Showman’ on GMA 7? She was one of the closest friends of German Moreno, thus her presence was sorely missed. There could have been various ways to make her presence felt, like via a video-taped message.”

Rafael Hipolito, architect: “I love the way Jessica Soho handled her interview with newlyweds Vic Sotto and Pauleen Luna on ‘Kapuso Mo, Jessica Soho.’ She was able to elicit informative answers from the usually tight-lipped Vic.

“The couple was candid throughout the interview, which was due to Jessica’s questions, delivered with candor, and in a jolly and unintrusive manner.”

Read Next
Return engagement
EDITORS' PICK
Harnessing technology for quality education
Tips for a cheerful life
‘I believe’: Hidilyn Diaz bucks the odds to win historic Olympic gold
Hidilyn Diaz wins weightlifting gold in Tokyo Olympics
Filipinos celebrate PH’s first gold medalist Hidilyn Diaz
Connect to PH’s fastest network with new Signature Plan Lite at only P599 per month
MOST READ
Hidilyn Diaz wins weightlifting gold in Tokyo Olympics
Go to war with China over West PH Sea? It will be a ‘massacre’, says Duterte
FLASHBACK: The day Hidilyn was shocked over inclusion in oust-Duterte matrix
Hidilyn shoots not only for gold but also for permanent place in PH sports history
Don't miss out on the latest news and information.