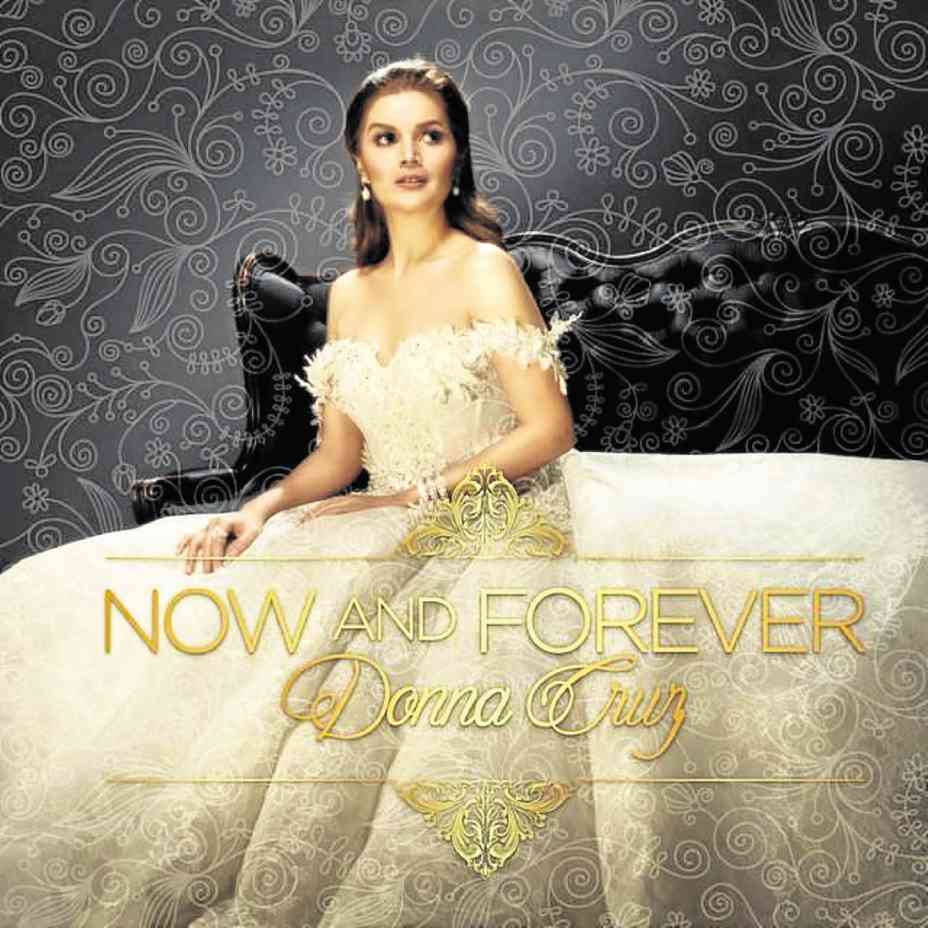 The reimagined love song has a dated, ’90s feel to it, but it proficiently puts Donna and Piolo in a flattering light.

Piolo’s singing is still weighed down by the occasional note-scooping, but it’s hard to begrudge the hardworking heartthrob of the growth he evinces as a vocalist, because he now goes beyond proving that he can carry a tune—he sings with “unfabricated” emotions.

But, Donna does even better in Rockstar’s signature hit, which works best for OPM fans from the so-called Generation Y, the children of the ’90s who have been weaned off the former teen star’s frothy but well-rendered pop charmers like “Only Me and You,” “Kapag Tumibok and Puso,” “I Can” (sung with Regine Velasquez and Mikee Cojuangco) and “Habang May Buhay.”

In Donna’s auspicious comeback, you only need to listen to her remake of “Ikaw Lang Ang Mamahalin” to realize that, despite the occasional strain and some listless arrangements, her lovely voice hasn’t lost much of its sheen.

Even more significant is her interpretive skill, which has been deepened and time-honed by her forays into marriage and motherhood (Donna has three kids with Dr. Yong Larrazabal, a Cebu-based ophthalmologist).

We don’t mind hearing rebooted versions of Sharon Cuneta’s enduring hits. Having said that, however, it’s hard to imagine any singer delivering more soulful interpretations of “Dapat Ka Bang Mahalin?” and the deceptively simple “Friends” than Sharon. More than their novelty, Donna’s covers sound too “self-consciously” calibrated to truly make their mark.

But, Donna scintillates in the album’s less familiar numbers, “A Love to Last” and “Langit Ang Pag-ibig,” because she doesn’t have to live up to a superior performer’s exceptional versions. —You don’t mind their injudicious use of reverb, you just listen to the beautifully realized melodic ascent of their choruses.

The songstress also sounds better in Wency Cornejo’s “Hanggang,” although it’s compromised by her occasionally belabored phrasing, so she sometimes sounds like she’s playing catchup!

Instructively, Donna’s voice is in tiptop shape in her revival of Louie Heredia’s “Nag-iisang Ikaw,” because it’s devoid of the other ballads’ perfunctory go-for-the-kill vibe and “required” bravado.

So, when she eventually scales its high notes, it doesn’t sound like a listen-and-learn exercise that aims to go for the jugular. Less is more, indeed!