Arlyn dela Cruz: Joma asked me to do movie about his life, student activism 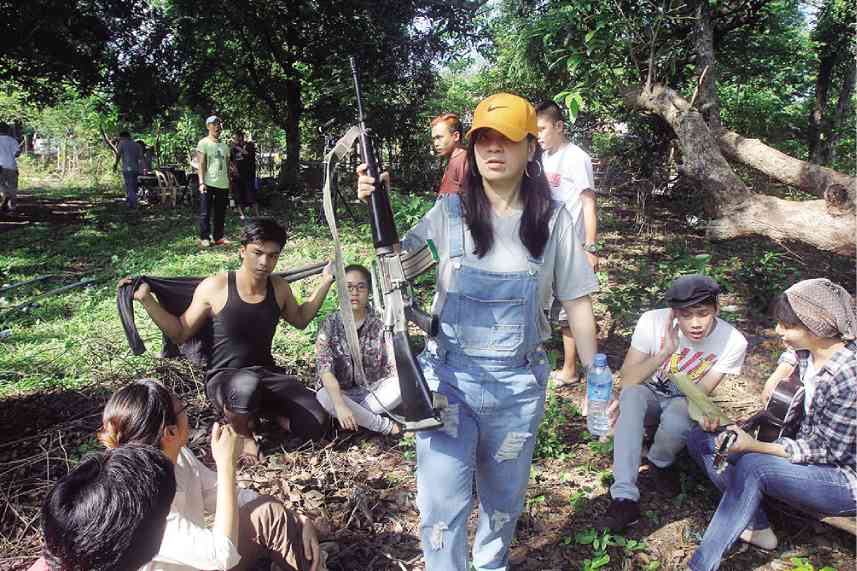 YOU DON’T have to believe in the person’s ideals in order to make a film about him,” said independent filmmaker Arlyn dela Cruz, who is currently working on “Tibak,” the story of the 1960s youth group Kabataang Makabayan and its leader, Jose Ma. “Joma” Sison.

“You just have to believe in their story and the idea that you can be a platform for them to make this known to many,” the director stressed.

Dela Cruz is currently the news director of dzIQ Radyo Inquirer 990 AM. She’s also one of Inquirer’s correspondents-at-large and a columnist of its sister publication, Bandera.

“Tibak: The Story of the Kabataang Makabayan” is Dela Cruz’s third full-length project. It features the younger years (1959-1969) of Sison, founder of the Communist Party of the Philippines.

However, Dela Cruz stressed that “it is not solely focused on his life, but also about youth activism in that era with Joma as the leader.”

Dela Cruz pointed out that “this is my interpretation of their story, based on what they told me. I was never an activist in my younger years, although as a reporter, I have covered a lot of the rallies they organized.”

The director then explained why she decided to tell Sison’s story on the big screen. “I’ve been friends with Sison since 2008,” around the same time Dela Cruz agreed to produce “Puntod,” a film by Cesar Apolinario.

“He told me that when it’s my turn to direct a movie, I should make his,” said Dela Cruz during the opening ceremony of the 2016 Singkuwento International Film Festival at the National Commission for Culture and the Arts in Intramuros, Manila.

As part of her preparation, Dela Cruz read published literature about Sison and his group. “My work as a journalist enabled me to meet some of the members of the movement,” she said, citing names of key personalities such as National Democratic Front chief negotiator Luis Jalandoni and peace process panel member Fidel Agcaoili.

Dela Cruz, who shot some scenes in The Netherlands where the 77-year-old political leader went into exile, said: “Joma never meddled with my work.” The film features Jak Roberto as Sison and Jill Placencia as Sison’s wife, Julie de Lima. It is set to be released in May, to coincide with Labor Day celebrations. Her film “Mandirigma” opens this month.