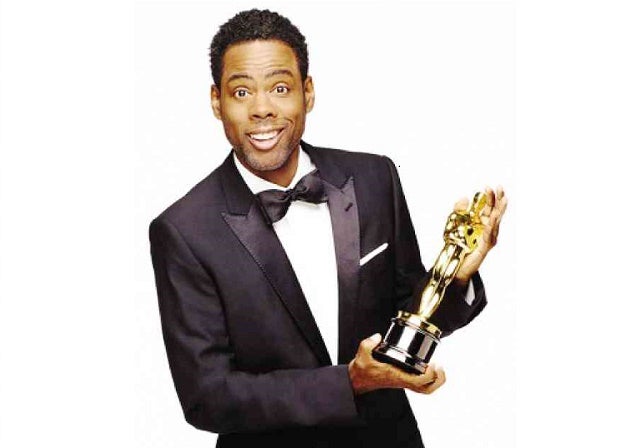 The comedian wasted no time raising the controversy over the 88th Academy Awards’ lack of African American acting nominees, addressing the issue from his first words and discussing virtually nothing else in his monologue.

READ: All white on the big night: Oscars diversity row returns | Five things to look out for on Oscars night

“Hey! Well, I’m here at the Academy Awards — otherwise known as the white People’s Choice awards,” he said, after joking that the introductory montage had at least 15 black people.

Rock questioned why the 88th edition of the Oscars drew so much controversy, guessing that black nominees were similarly absent most years.

African Americans did not protest most years because they were “too busy being raped and lynched to care about who won best cinematographer,” he said.

“You know, when your grandmother’s swinging from a tree, it’s really hard to care about best documentary foreign short,” he quipped.

The energetic 51-year-old funnyman, sporting a white dinner jacket, shot down activists who urged him to boycott the Oscars in solidarity with black actors.

“They’re not going to cancel the Oscars because I quit, you know? And the last thing I need is to lose another job to Kevin Hart,” Rock said in reference to a fellow black comic, suggesting he was selected as host due to his race.

Rock enjoyed consistent applause for his monologue, even as he savaged some big names in Hollywood.

He suggested that Jada Pinkett Smith joined the boycott by African Americans because her husband, actor and rapper Will Smith, was not nominated for “Concussion.”

“Jada boycotting the Oscars is like me boycotting Rihanna’s panties,” he said, referring to the sultry singer. “I wasn’t invited.”

Yet Rock also made clear that there were true concerns for the community, pointing to the string of police killings of African Americans that have triggered the Black Lives Matter protest movement.

“This year, in the ‘In Memoriam’ package, it’s just going to be black people that were shot on their way to the movies,” he said, referring to the customary Oscars tribute to deceased cinema figures.